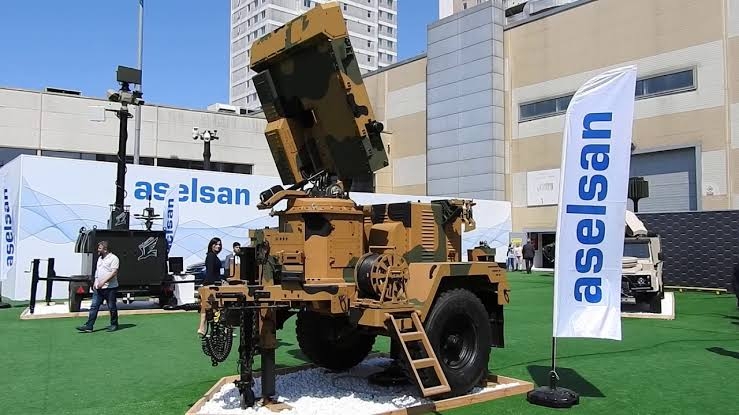 The Tunisian military is currently seeking capable air defense systems to fill it’s capability gap, and it called for tenders from defence companies.

The call for tenders received quite a lot of response from the usual major defense players particularly from the West (the United States and Europe).

While the Western companies including US Lockheed Martin, France’s Thales, Italy’s Leonardo and Spain’s Indra are vying for the lucrative contract through the official channel, Turkish defense electronic company Aselsan is pushing it’s own products through the backdoor.

The Turkish defence electronics firm Aselsan is trying to muscle in on a project to boost radar surveillance capabilities in Tunisian airspace.

Despite that Tunisia clear specified it’s requirement which involves the supply and installation of at least a long-range radar system capable of 360 km surveillance capability, two medium-range systems with more than 200 km detection radius, and a command and control centre.

While other responders are preparing their bids to meet with Tunisia’s requirement, Aselsan is pushing it’s Kalkan II radar system which fails to make Tunisia’s minimum benchmark.

It is optimized for point and area defense of important infrastructure. However, although it is a fairly sophisticated air defense system, capable of tracking, identifying, and classifying multiple aerial targets accurately, but it only offers an instrumented range of 120 km, and more importantly, a detection range of just 50 km for fighter sized aircraft and even lesser for smaller fighters with low radar cross section (RCS) like the L-39 Albatross aircraft in service with its neighbors Libya and Algeria. Even though the L-39 Albatross aircraft is primarily used as a trainer, it can be readily configured for combat roles as the Nigerian Air Force has shown.

More so, Algeria also possess the Russian made Yakovlev Yak 130 combat trainer aircraft which is rather a small aircraft.

To go further, the Kalkan II can only detect unmanned aerial vehicles and stealthy aircrafts at just 20 km.

This shortcoming is particularly important because Tunisia is separated from Italy (a NATO country) by just 925 km (575 miles), and the Italian Air Force operates several UAVs as well as the F-35 Lightening II multirole aircraft.

To remedy this shortcomings, Aselsan insists that Tunisia should buy more of the Kalkan II air defense system, which it argues will still cost the Tunisian government less when compared with the competition.

Aselsan is strongly relying on the personal support of the Turkish president Recep Tayyip Erdogan, who in recent years has been giving his country’s defence companies significant financial backings, up to half a billion dollars via Türk Eximbank.

Turkey’s armoured vehicle manufacturers BMC and Nurol Makina are among those to have benefited from the funding, Aselsan has even teamed up with BMC to fit scramblers and day and night surveillance systems on some Kirpi armoured vehicles for operation in Libya.

Some of this Aselsan Karkan II / BMC Kirpi air defense armoured vehicles have reportedly been deployed by Turkish forces to the Al-Watiya air base recently seized From warlord Khalifa Haftar’s Libyan National Army.

A Korkut unit is made up of 3 SPAAGs and a command vehicle. The system has twin 35mm guns that fire air burst ammunition with a range of 4km. The tracked armoured vehicle ACV-30 from the Turkish Company FNSS is fully amphibious.

As well as the newly delivered Chinese QW-18 MANPADs, in addition, to the MIM-23 Hawk air defense system and the AN-MPQ-64 Sentinel 3D radar deployed at the Mitiga airbase in Tripoli Libya.

In retrospect, Tunisia might tilt towards procuring the Turkish-made system as part of a follow-up in a string of purchases it made in recent times.

In January this year, BMC won a contract for the production of nine 4×4 Medium Class Multi-Purpose Armored Vehicles (MPAVs) for the Tunisian military.

This is part of a recent deal with the Tunisia’s Interior Ministry, which also involves the provision of integrated logistical support solutions to Tunisia after the delivery of vehicles.

Also, the Tunisian Ministry of Defense signed a contract with the Turkish aerospace company TAI, for the supply of the ANKA-S Unmanned Aerial Vehicle during the Tunisian International Aerospace & Defence Exhibition which was held on 04 – 08 March 2020 at the Aéroport International de Djerba Zarzis, Mellita.

Tunisia signed the contract for the delivery of ANKA-S in January during a surprise visit by Turkish President Recep Erdogan to Tunisia.