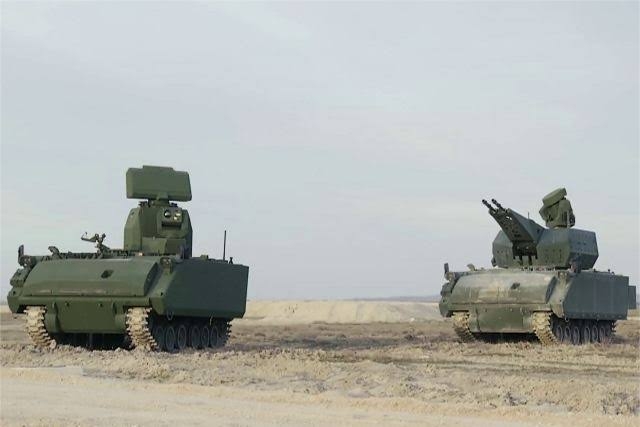 Russia is now solidly behind Khalifa Haftar’s forces in Libya after their recent devastating defeats at the hands of the UN-recognized government in Libya’s capital Tripoli supported by Turkey.

Khalifa Haftar’s forces, the self-styled Libyan National Army, or LNA launched an offensive to capture Tripoli in April last year, however, since then, the forces have made little or no progress.

Haftar which is supported by France, Russia, the UAE, and Egypt is still losing grounds, the latest series of losses have apparently prompted Russia to provide military capable irregular militias known as the Wagner group, and 14 advanced MiG-29 and Su-24 combat jets into the already volatile mix.

Jordan has also been accused by Government of National Accord of selling Chinese-made unmanned aerial vehicles (UAVs) to Khalifa Haftar’s Libyan National Army.

On the other hand, Turkey, in defiance of a UN arms embargo, signed a treaty with the GNA in November last year, in return for Libyan permission to access Mediterranean gas fields, has been supplying military support to the GNA.

Turkey versus Russia in Libya

The Russian move has pitted Moscow in direct confrontation with Turkey for Libya’s vast oil resources, driven by Turkey’s desire to secure its energy supplies and extend its access to Mediterranean gas fields, it support for the GNA has been growing, with supply of drones like the now proven Bayraktar TB2 combat drone as well as hundreds of Syrian mercenaries, main battle tanks, and dozens of armoured vehicles.

To counter the Jordanian-supplied CH-4B Wing Loong drones as well as the new Russian combat aircrafts, the Turkish armed forces have deployed its Korkut 35 mm self-propelled anti-aircraft gun system at the Al-Watiya airbase in Libya.

The Al-Watiya air base was seized From Haftar’s forces after a fierce battle which resulted in a humiliating defeat for the LNA as most of their major weapons were captured and publicly paraded in Tripoli the country’s capital.

To bolster its defenses positions in Sirte, Haftar’s forces have been seen transporting several SCUD ballistic missiles, a video footage recently released by the GNA appears to show a number of the ballistic missiles heading towards the frontlines.

The SCUDs are Russian-made, tactical ballistic missiles. It can be fitted with a conventional, high explosive, fragmentation, chemical, or an 80 kilotons nuclear warhead.

On the other hand, since the start of the Libyan conflict, drones have played a pivotal role in tipping the outcome of the war several times in favour of both sides, prompting the defense community to recognize it as the world’s first true drones war.

The Turkish newly delivered Korkut self-propelled twin barrel 35mm air-defense gun system is developed by Aselsan, a Turkish corporation. A Korkut unit is made up of 3 SPAAGs and a command vehicle. The system has twin 35mm guns that fire air burst ammunition with a range of 4km. The tracked armoured vehicle ACV-30 from the Turkish Company FNSS is fully amphibious.

The Korkut weapon can fire 1,100 rounds per minute and will destroy rockets before they hit the ground, and is effective ground based air defense against modern air threats. The system consists of a team of three 35 mm Gun Systems and one Command Control System that can operate full autonomously.

As an effective all-in-one system, it can execute all the functions of detection, tracking, recognition, identification and destruction of the target.

The system is also equipped with the capability of firing 35mm ATOM air burst ammunition, similar to AHEAD, which is designed and developed by Aselsan in cooperation with TUBITAK-SAGE and produced by MKEK.

The crew includes a gunner, commander and driver who are seated in the chassis of the vehicle. The Korkut’s 35mm guns have a rate of fire of 1,100 rounds per minute. There is also a Ku-Band, 3D Fire Control Radar with a 30km instrumented range and is mounted on the rear top of the turret along with a thermal imager and a day TV camera on the right side.

The KKA uses the same chassis, ACV-30, but is equipped with a turret including X-Band, 3D Mobile Search Radar (MAR), that provides fast and accurate detection and tracking of low altitude airborne targets up to a maximum range of 70km.

Roughly similar in appearance and capabilities with the US Stinger.

In addition, for proper aerial protection, the Libyan Government of National Accord (GNA), the UN-recognized administration in Tripoli has reportedly deployed the MIM-23 Hawk air defense system and the AN-MPQ-64 Sentinel 3D radar at the Mitiga airbase in Tripoli Libya.

Sources close to the Libyan capital disclosed to Military Africa that the air defense contingent was delivered by Turkey as part of a military assistance package, ahead of its planned incursion into Libya.

The MIM-23 HAWK (Homing All the Way Killer) is an all-weather low to medium altitude surface-to-air missile system developed and designed by the U.S.-based company Raytheon.

The system is optimized to provide an aerial defense to essential infrastructure against low-altitude drones, cruise missiles as well as aircraft. Alongside its semi-active radar homing capability, it is also fitted with a 54-75 kg HE blasts/fragmentation warhead depending on the variant. It has a speed of Mach 2.7