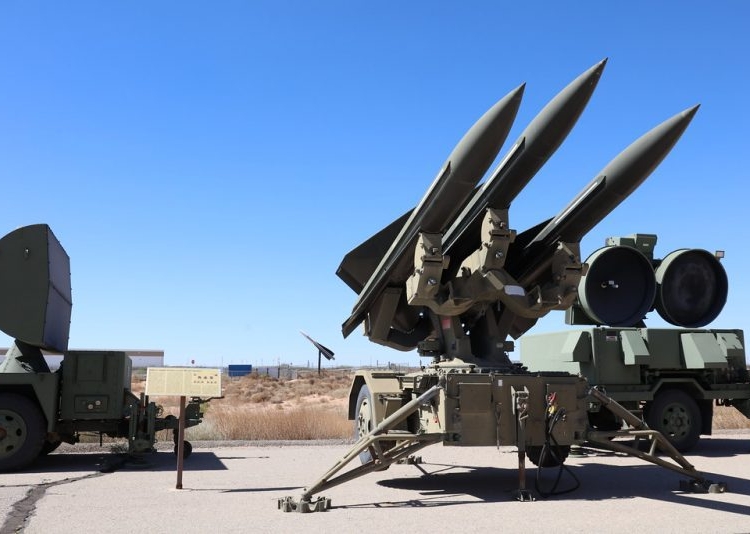 The Libyan Government of National Accord (GNA), the UN-recognized administration in Tripoli has reportedly deployed the MIM-23 Hawk air defense system and the AN-MPQ-64 Sentinel 3D radar at the Mitiga airbase in Tripoli Libya.

Video footage released by forces allied with the GNA on 17 January shows at least one of the systems being made operational at the airbase. Sources close to the Libyan capital disclosed to Military Africa that the air defense contingent was delivered by Turkey as part of a military assistance package, ahead of its planned incursion into Libya.

The MIM-23 HAWK (Homing All the Way Killer) is an all-weather low to medium altitude surface-to-air missile system developed and designed by the U.S.-based company Raytheon.

The system is optimized to provide an aerial defense to essential infrastructure against low-altitude drones, cruise missiles as well as aircraft. Alongside its semi-active radar homing capability, it is also fitted with a 54-75 kg HE blasts/fragmentation warhead depending on the variant. It has a speed of Mach 2.7

It has been designed as a mobile, air surveillance and target acquisition/tracking radar system. The Sentinel operates within ground forces units providing them with early warning. The system also includes an integrated IFF (AN/TPX-56) capability that helps prevent friendly fire.

This latest delivery by the Turkish administration to the Government of National Accord comes after a line of several others including drones, armored vehicles and as well as training.

Last week, Turkey’s President Recep Tayyip Erdogan days before a summit in Berlin which will address the Libyan conflict, that Turkey is beginning to send troops into Libya in support of the internationally recognised government in Tripoli