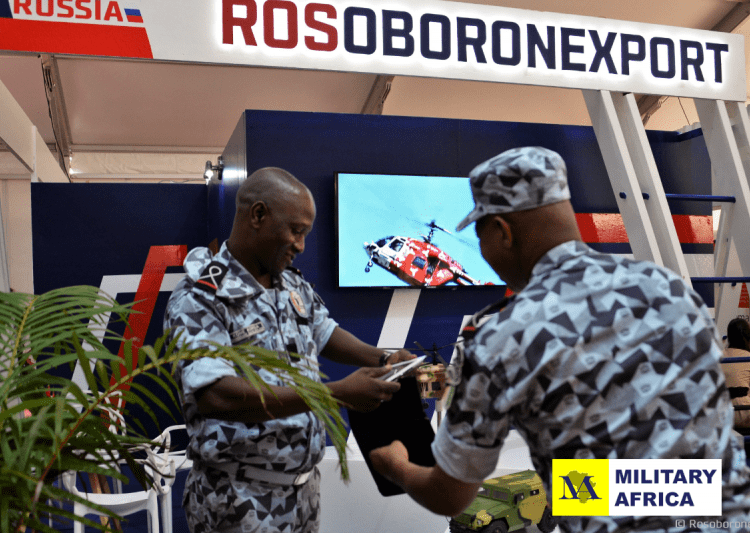 Further development and expansion of cooperation with African states is among the priorities of Rosoboronexport. Africa is interested in Russian weapons, and we can offer comprehensive solutions to respond to any modern security challenge, including such urgent contemporary threats as terrorism, drug trafficking, organized crime, illegal migration.

Rosoboronexport is ready to develop cooperation with its old and new African partners. We offer not only direct deliveries of Russian defense products, but we are also ready to implement various projects of technological cooperation, including those in the field of localization of production of small arms and ammunition for it, technology transfer, and to assist in the construction and equipping of facilities for overhaul and maintenance of equipment for all branches of the armed forces.

In our opinion, the latest Russian developments in the domains of helicopters, wheeled armored vehicles, air defense systems (including special systems to combat small-sized UAVs), small arms and naval boats are of particular interest to African countries.

Among the most promising Russian export products in the aviation segment is the modernized Mi-35P helicopter, the latest modification in the Mi-24 family of attack helicopters, which are widely known in Africa and have proven their high efficiency in the hot climate of the continent. The new Mi-35P retains all the advantages of the Mi-24, while it has become able to operate at night, and its weapon suite has been optimized for the missions of fire support for troops.

Africa is washed on all sides by oceans and seas. Modern Russian equipment for monitoring the maritime borders can become a new area of cooperation.

Rosoboronexport actively participated in the Russia-Africa Economic Forum, which took place in Sochi (Russia) from 23 to 25 October 2019. During the forum meetings were held with the top leadership of a number of states. The partners from Africa were shown the most relevant Russian products for the armed forces and other law enforcement agencies. In particular, the MiG-35 fighter jet, the upgraded Mi-35P attack helicopter, the Mi-171Sh military transport helicopter, the Ansat multipurpose helicopter and the TIGR armored vehicles were presented to them.

More on this topic: