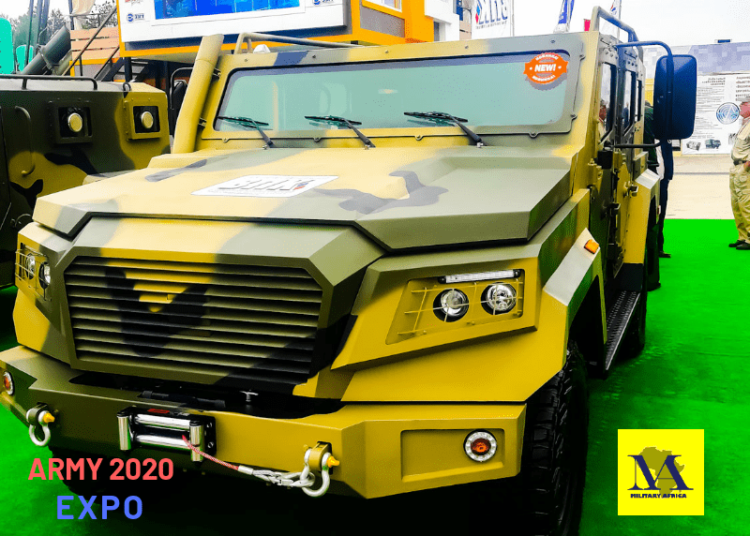 Russian Military-Industrial Company (MIC), a major Russian developer and producer of wheeled armoured vehicles, has showcased at the ARMY 2020 Expo a whole range of its latest developments, including for the first time – the ‘buggy’ version of its well-known Tigr armoured vehicle and Strela light-weight armoured vehicle.

The ARMY Expo took place in Kubinka near Moscow in the last days of August.

The most popular product of MIC is Tigr, a 4×4, multipurpose, all-terrain infantry mobility vehicle. Primarily used by the Russian Federation’s armed forces, it also has been widely sold abroad.

Various radar, missile and other mobile systems are created on the basis of Tigr vehicle – for example, Kornet-EM ATGM and Gibka-S short-range SAM systems. Russian army has recently received Tigr vehicles with Arbalet-DM remote controlled weapon station (RCWS), which in this spring has been tested against the unmanned aerial vehicles.

According to the official ARMY expo materials, Tigr armored vehicles “have established themselves as reliable, low-maintenance vehicles, that provide high dynamics of movement on all types of roads and terrain as well as the required level of protection”. The vehicle family is being constantly upgraded.

SBM VPK-233136 Tigr in Buggy version is designed to meet the customers demands in high-speed off-road reconnaissance and assault vehicles for break-in in the rear of the enemy positions, says the official description presented at the Expo. Maximum speed is not less than 120 km/h, engine maximum output is 240 Kw (h.p.).

Strela light multi-purpose armoured vehicle is intended for transporting people and various cargoes with the declared level of ballistic and mine protection. It can also be used as a command vehicle, as a base for mounting weapons and special equipment. MIC says, that a family of vehicles can be developed on the basis of Strela.

At the Shield Africa 2019 International Security and Defense Exhibition held in January 2019 in Abidjan, Côte d’Ivoire, Russia said, that Tigr family of armored wheeled vehicles were in most in in demand in African countries.