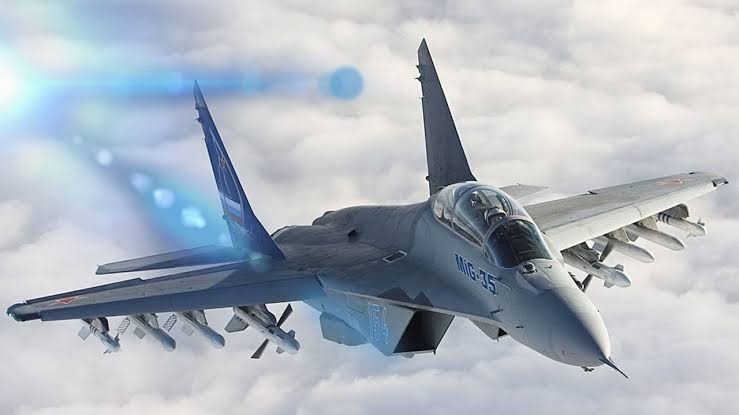 Russian aircraft maker MiG Corporation this year has announced that it is introducing two major advanced upgrades for its sophisticated MiG-29/35 multirole fighter jet family, which could enhance the combat operations capabilities of both MiG-29M/M2 and the brand-new MiG-35.

According to an informed Russian source who told Military Africa, aircraft and helicopters form the important part of the military exports to Africa’s Sub-Saharan countries, with the MiG-29M/M2 being one of the most hopeful products.

MiG corporation received the patent for the landing approach aircraft automatic control system and a patent for intelligent system for highly maneuverable combat aircraft protection against going beyond critical g-loads.

The landing approach aircraft automatic control system enhances safety of flying in adverse weather conditions, enables pilot to hold the glide path in an automatic mode and in a shorter time and to continue descent till visibility appears.

Also, according to MiG Corporation’s Director General Ilya Tarasenko, the system is to be integrated into the contemporary and future aircraft. The advantages of the system have been proved by flight tests with pilot’s positive assessment, reported the company.

The second innovative upgrade – the system for against going beyond critical g-loads – will enhance flight safety and allow the pilot to conduct intensive air combat, without paying attention to the instrument panel.

The system, combined with helmet mounted target designation system, allows the pilot to be concentrated on combat mission and maintain high maneuverability without rechecking of the flight data. The system also enables options of critical g-load increase at the range of 1-2G.

Earlier in January, TASS news agency while referencing another informed source, disclosed that the MiG-29M/M2 fighters sold by Russia to Egypt were delivered together with aerial refueling equipment, allowing the use of MiG-29M/M2 fighter jets as air tankers.

“Egypt, along with the MiG-29M / M2 fighters, received the PAZ-MK refueling suspension units, which enables the fighters to perform the functions of refueling aircraft,” the agency’s source said. He did not specify the number of delivered PAZ-MK.

Last year, during an interview with Zvezda TV Channel, Ilya Tarasenko said that more than a thousand of MiG aircraft were in operation all over the world and the company was offering to the customers an ‘integrated’ approach towards the service operations.

According to Military Africa’s source, the modernization program enabling (MiGs) reaching a 4++ fighter jet capabilities is also being offered to the operators of MiG-29.

Apart from Russia, China is also actively targeting the light-class fighter market by offering it’s new FC-1/JF-17. The aircraft, according to the media, has some meaningful advantage in price, but compared to MiGs, the JF-17 is smaller and has only one engine, which naturally makes its combat payload, range of applicable weapons and overall thrust lesser.

Also, the JF-17s survivability in today’s complex multi-level contested environment is questionable since it only relies on one engine.

The aircraft is being exported to Nigeria, and three will arrive by November. Nigeria is fighting a major counter-terror war in a large expanse of land, thus an aircraft with enhanced capabilities, increased payload and range like the MiG-29/35 series is well suited.