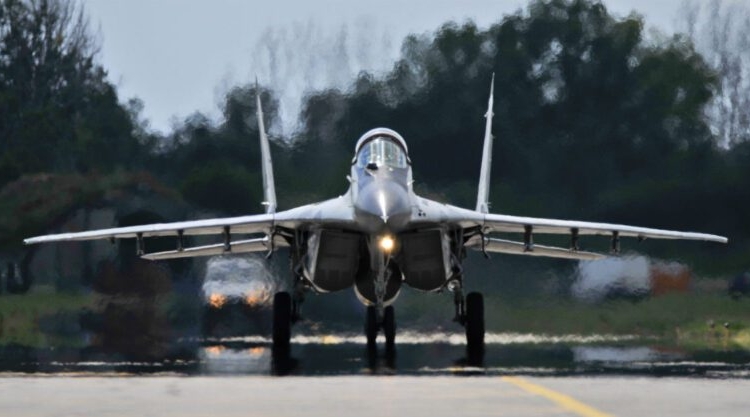 In a statement on Thursday, the chief of the LNA’s Air Force, Saqr al-Jaroushi, said that the LNA would soon conduct the “largest aerial campaign in Libyan history,” warning that the LNA viewed Turkish military positions in Libya as “legitimate targets.”

Saqr al-Jaroushi made this comment as Fathi Bashagha -the head of security in the Tripoli administration said it has received information that several Russian jets had arrived in Haftar’s eastern stronghold from a Russian base in Syria.

Fathi Bashagha, said at least six MiG 29s and two Sukhoi 24s had flown into the east from the Russian-controlled Hmeimim Air Base in Syria, escorted by two Su-35 Russian air force jets. It is not clear whether these were refurbished Libyan jets or new additions to his fleet.

This latest development has raised fear of a dangerous new dimension to the conflict as the LNA has threathened to target Turkish forces backing the internationally recognized government, prompting Turkey to warn it would retaliate.

Although, this is not the first time that Khalifa Haftar’s LNA has threatened to target Turkish assets in country. In June last year, spokesman of the Eastern Libyan forces, Ahmed Mismari said that Commander Khalifa Haftar will ban any commercial flights from Libya to Turkey, and that  any aircraft or ship arriving from Turkey attempting to land in the capital Tripoli would be treated as hostile.

Turkey has been supplying the GNA with a variety of armored vehicles and heavy weapons, including Bayraktar TB2 armed drones, as well as advisory support.

In February this year, Haftar’s forces attacked a Turkish ship in Tripoli’s Seaport with surface-to-surface rockets, the vessel was suspected to be ferrying weapons for the Government of National Accord (GNA).

In retaliation, a Turkish Navy frigate sailing off the coast of Sabratha 55 km west of Tripoli, the Libyan capital reportedly fired at least one RIM-66E-05 Standard surface-to-air missile, supposedly against a Libyan National Army (LNA) UAV.

Since the past few weeks, Haftar’s forces have been suffering a string of defeats at the hands of the GNA, which has effectively put a wedge to his plans of capturing Tripoli.

Amid the fighting, footage has emerged of Turkish Bayraktar TB2 drones destroying several Pantsir-S1 surface-to-air missile systems, which have been deployed to Libya by the United Arab Emirates, a backer of the LNA.

Besides those launchers that have been destroyed, at least one Pantsir-S1 system was captured by the GNA.

If attacked, Turkey says it is well-prepared to defend its bases and other places under its protection using its drones and warships deployed near Tripoli. Ankara boasts.

The deployment of this Russian-built warplanes is likely intended to buttress the LNA after this setback. The MiG-29 Fulcrum is an agile short-range twin-engined tactical fighter, while the Su-24 Fencer is a two-seat bomber that can carry heavier bomb loads out to longer ranges.

Although, the LNA likely lacks the trained personnel, equipment, and finances to effectively maintain and operate these combat aircraft, hence, they might be crewed by Russian military or mercenary pilots.

Seeing that since last year, Russian technicians and armorers have been reportedly providing essential services to the LNA. Thousands of Russian and Sudanese mercenaries, as well as Syrians, are also backing Haftar while the UAE had supported him with armed drone strikes.