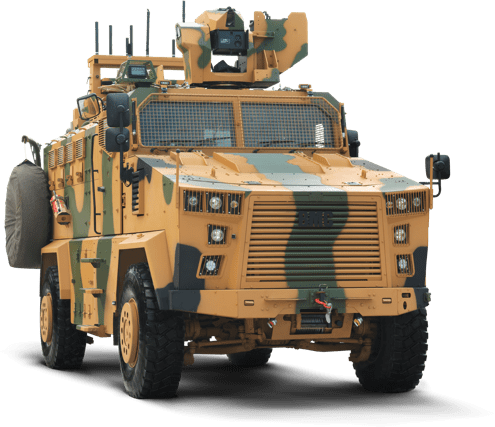 Its not all the time that a belligerent in a war zone gets to conduct comprehensive tests on a major weapon system used by the opponent.

Be that as it may, this is what happened in Libya in January 2020, when soldiers of the Libyan National Army put to the test various captured Turkish-built BMC kirpi armored vehicles.

If the report of the KNA’stest is to be believed, then the BMC Kirpi performance is in the least “poor”.

In May 2019, forces allied with the U.N.-backed Government of National Accord (GNA) reported that they have received a large shipment of the Turkish-made BMC Kirpi armoured vehicle and arms.

The Government of National Accord published pictures on their official Facebook page, disclosing that they also received ammunition and “quality weapons”.

Dozens of the Kirpi vehicles were observed offloading from a ship, the shipment was through a vessel named “Amazon” that is registered in Moldova.

As an MRAP, The lower hull section is protected against grenades and landmines up to STANAG 4569 Level 3b.  Its chassis is based on a BMC 4×4 truck model 235-16P.

It can be armed with a 7.62 or 12.7 mm machine gun on its small open roof cupola with fold-able protective walls or a remote controlled weapons system.

The Kirpi also features a shock absorber seats and interior accessories, a GPS system, rear view camera, and automatic fire suppression system. It has five firing ports and four bulletproof windows on each side of the troop compartment.

Report of the LNA tests on the BMC Kirpi armored vehicle

According to the report, it stated that: “A summary review done by the LNA on the Turkish armoured vehicle BMC.
This review was done after real combat in-theatre and furthe testing on captured models of BMC KİRPİ in Libya.“

Subsequently, the LNA made fourteen key negative findings and four other operational issues.

The report stated that the BMC Kirpi “is an effective weapon of terror but not for war. And that in facing experienced troops it becomes an easy target”

The Libyan National Army has also suffered criticism after several of its armored vehicles has been destroyed or disabled in battle.