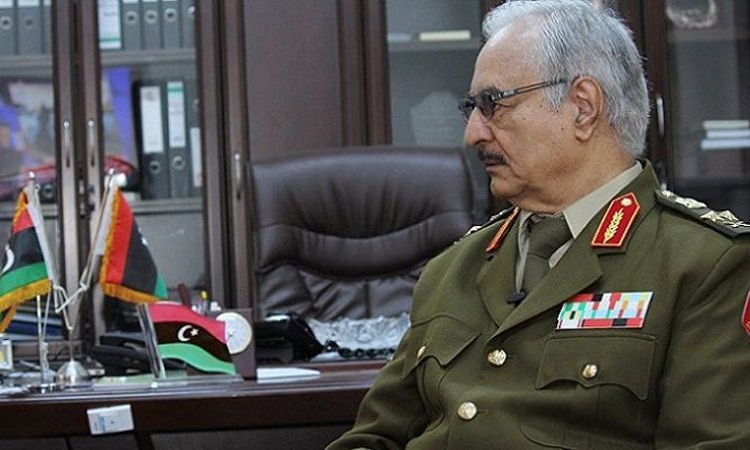 So far the year 2019 has provided to be an interesting one for General Khalifa Haftar the leader of the Armed Forces of the Tobruk Government in Libya aka Libyan National Army. It appears that this faction has raised the ire of insurgents groups of its neighbors.

Which neighbors are being discussed? Certainly not Egypt which has been providing electricity to the Tobruk forces in exchange for petroleum. The countries that are in question in this case are Chad and Sudan. Both countries present similar fault lines that are currently in the process of being exploited.

The first point is that currently both Chad and Sudan have long entrenched leaders who seek to remain in power by any means necessary. President Deby has been in power in Chad since 1990 when he ousted then President Habre after a successful rebellion. During its history Chad has had changes in Government occur more often as a result of a coup than has actually taken place at the ballot box.

It should be surprise most analysts to notice that the Deby Government is currently facing its own insurrection. Some of these fighters are using Southern Libya as a base of operations to launch attack against Chadian Government forces. Reports did emerge back in January 2019 of clashes between some of the insurgents and troops under the command of General Haftar. The clashes which took place near the town of Marzhouk. French and Chadian Aircraft also joined the strike against these insurgents.

Now to Sudan. For the last four months there have been protests throughout Sudan calling upon long standing incumbent and International Criminal Court indictee President Omar Bashir. One of the reasons for this indictment has been the activities of his government in the western region of Darfur.

Some of these groups who have not signed a deal with Khartoum have moved their forces out of Darfur and have been partnering with the Libyan National Army in some operations. However over the weekend of March 2nd things have become interesting.

Reports indicate that some of the Sudanese rebel groups decided to attack the LNA after reports of payment for services rendered were not forthcoming from Tobruk. This has split the opposition groups into factions that support the LNA and those who do not.

The UN Panel of Experts report on Libya that was released in September 2018 indicated the presence of both Chadian and Sudanese Rebel forces during the fighting in the Oil Crescent of Libya between the LNA and the forces of Ibriham Jadran that took place during 2018.

The forces that are opposing the LNA which happen to be the Justice and Equality Movement have been upset that they have not received resupply of badly needed weapons as well. During the recent clashes near the town of Al-Kufra led to the deaths of seven of the Darfuri fighters. Their opponents in this battle was the Sudan Liberation Movement and the Minni Mannawi group within the Sudan People’s Liberation Movement.

So what does this mean? The relatively low price of Petroleum is affecting the Government in Tobruk. If fighters are not being paid promptly or resupplied or the appearance thereof it could lead to future clashes between the Sudanese rebels.

This could be spun against the Bashir Government as well. There is a sizable force of Sudanese Armed Forces currently in Yemen supporting the Saudi-led coalition against the Houtihis. The actions by both Government and Insurgent forces in Sudan will give pause to any potential benefactor. The Sudanese will be seen as mercenaries period. As long as the cashflow comes in they will fight. If not then they will turn and bite the hand that feeds them.

Russia, Egypt and the UAE support the LNA against the current UN backed Government in Tripoli due to the fact that consider Haftar to be a more viable option to defeat extremism than the Tripoli Forces. So it appears that this turf war will continue for sometime now until there is one Government in Libya.

Scott Morgan has been the President of Red Eagle Enterprises since its inception in November. He uses his experience from serving in the U.S. Marines during the Reagan Administration, Currently based in Washington DC he specializes in US Policy towards Africa focusing on Security and Asymmetrical Operations and Business Development South of the Sahara.

He provides content to Juicy Ecumenism which is a project of the Institute for Religion and Democracy and to Firewatch Solutions which is a blog that covers African Security Issues and to Dissecting Society.