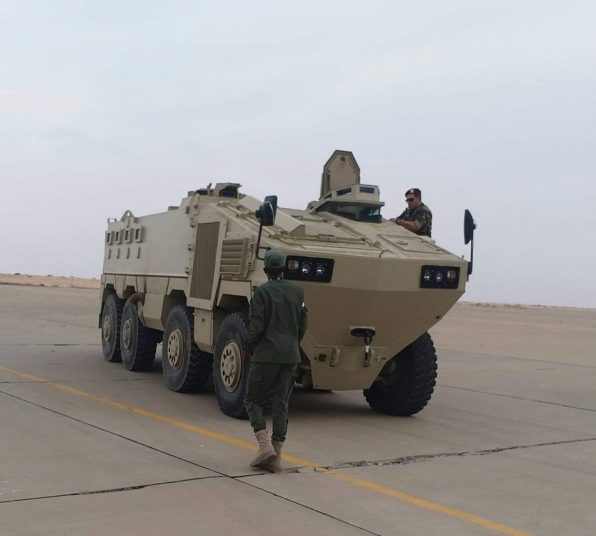 The LNA, launched an offensive to control Tripoli in early April. As the fighting drags on, the United Nations estimated that more than 75,000 people have fled their homes and 126 civilians have been killed.

Turkey and Qatar are at loggerheads with the UAE, Egypt and Saudi Arabia over several regional issues including support for the Muslim Brotherhood.

The KADDB Al-Mared 8×8 armoured vehicle is based on the TATRA’s 8×8 truck chassis, attached to a fully protected all-welded steel hull.