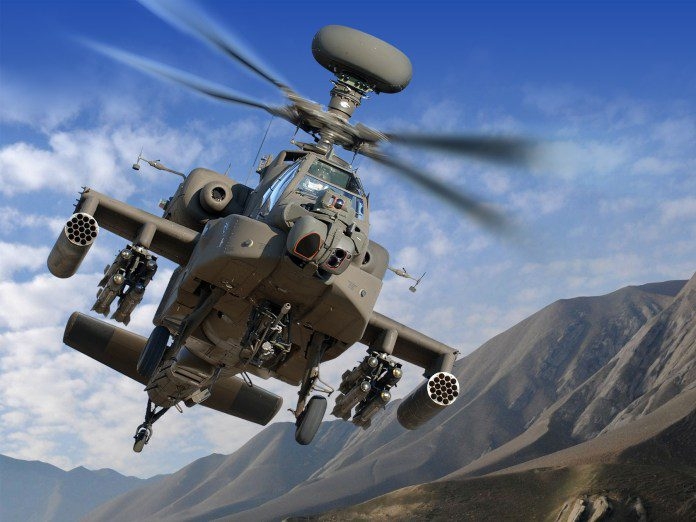 The US Department of Defense (DoD) has awarded a contract to Lockheed Martin to upgrade the sensor equipment of Egypt’s Boeing AH-64D Apache Longbow attack helicopters.

This is considered the first step in a planned modernization of the entire fleet to the latest AH-64E Apache Guardian standard.

Lockheed Martin announced on 4 January, that they received a contract to modernize the sensor systems on the aircraft, “which will reduce pilot workload and provide air crews with greater accuracy, clearer resolution, increased range and improved safety.”

In May 2020, the US State Department cleared a $2.3 Billion refurbishment package for Egypt’s 43 Boeing AH-64E Apache attack helicopters.

“Egypt intends to use these upgraded AH-64 helicopters to modernize its armed forces to address the shared US-Egyptian interest in countering terrorist activities emanating from the Sinai Peninsula, which threaten Egyptian and Israeli security and undermine regional stability.” The US Defense Security Cooperation Agency (DSCA) said in May 2020.

The MTADS/PNVS extends the Apache’s optical targeting ranges, at the same time as providing the crew with high-resolution images to help avoid obstacles, such as wires and trees, during nap-of-the-earth flight.

The contract will run till 31 July 2024, came about 19 months after the US State Department approved the remanufacture of 43 Egyptian AH-64D helicopters for an estimated USD2.3 billion.

Egypt in 2018 requested for the sale of 10 AH-64Es Longbow Apache attack gunships which was approved by the US State Department, the US Defense Security Cooperation Agency (DSCA) announced on 27 November on that same year.