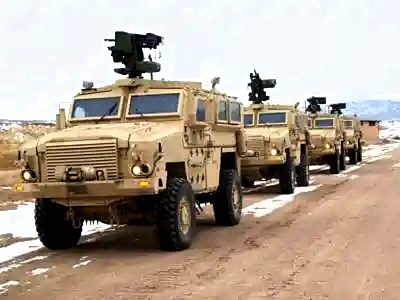 Arms sales bureaucracy is delaying the export of South Africa’s weaponry worth R2.85 billion to customers across the world.

Militaries of Saudi Arabia, the United Arab Emirates, Turkey, and Poland would have to wait a little longer for their equipment pending when export permits are issued.

This was revealed by Ezra Jele, Head of Secretariat of the National Conventional Arms Control Committee, on 24 November during a briefing of the Joint Standing Committee on Defence (JSCD) on the NCACC’s third quarter report, defenceWeb reports.

The cause of the delays to approve Turkey and Poland’s permits may be linked to fears that the weaponry and components will be diverted to Ukraine.

These development highlights the damaging effects of the slow pace of export permit processing on the floundering South African defence industry.

The National Conventional Arms Control Committee (NCACC) which handles these process have been criticized by industry practitioners for being slow in their operating procedures.

Declining local defence budget is cited as one of the challenge delaying the NCACC from issuing new export permits.

A diplomatic row occurred in 2019, when the NCACC insisted that it be allowed to inspect customers’ facilities to verify compliance and that they must sign end user certificates (EUCs) in which they pledge not to sell their weapons on to third parties.

Saudi Arabia and the United Arab Emirates rejected the inspections demand, stating that they considered it a violation of their sovereignty, whilst Oman and Algeria also refused inspections and blocked arms imports.

Saudi Arabia and the United Arab Emirates accounts for at least a third of South Africa’s arms exports.

The issue was resolved two years later, but R2 billion in sales potential were aready lost.