South Africa: An Industry in Trouble 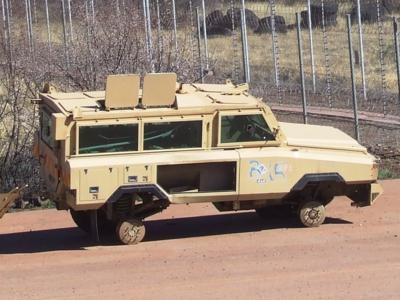 When Cyril Ramaphosa assumed the Presidency of South Africa it was common knowledge that several state run institutions were in dire financial straits.

How should people react when it’s not just a company that is in trouble? What does it mean when its a whole sector of the National Economy? That is the scenario currently playing out in South Africa often with little or no mention in the never ending news cycle.

An earlier posting focused on the financial instability of Denel. This company is a major source of equipment for the South African Police Services. It was newsworthy when the company missed on a delivery date in September to provide Military Vehicles to the Central African Nation of Chad. The loss to the company was estimated to be between R230 million and R250 Million.

Shortly thereafter, Denel announced a huge quarterly loss but also annouced that it had secured a contract to provide missiles to Egypt.

An attempt to have an influx of cash from both Saudi and Qatari sources that could have made Denel feasible and would have provided a necessary boost to Paramount fell through as well.

Also in recent week it has been announced that Armscorp does not have adequate capital to conduct Research and Development projects. That has the potential to drive this company out of business. If a company cannot adapt to emerging technologies and customers the future is bleak.

It appears that there is a potential coup de grace that is about to be delivered to the Industry as a whole.

The NCACC (National Conventional Arms Control Commission) which just happens to be the body that oversees the Conventional Arms Trade Imports and Exports for South Africa is planning on inspecting sites that are alleged to be in controvention of International Laws that cover end user certificates. The plan is to adhere to the acceptable norms of the International Arms Trade specifcally when it comes to acquisitions.

Under the terms of the National Conventional Arms Control Act an EUC must be issued to ensure that controlled items will not be transfered, resold or alieniated without the consent of the country conducting the sale.

The Union raised the plight of Rheinmetall Denel Munition (RDM) in the Western Cape area. It is alleged that this practice is placing 600 jobs in Jeopardy over Inspections and EUCs.

It is the role of the Unions to protect the jobs of their members. However when the entire industry is facing issues like one has to wonder what exactly is the culture in this industry that is causing so many problem that places so many jobs in jeopardy? Let alone has the potential to rip a gaping hole in the Economy that most likely will not be easily closed.