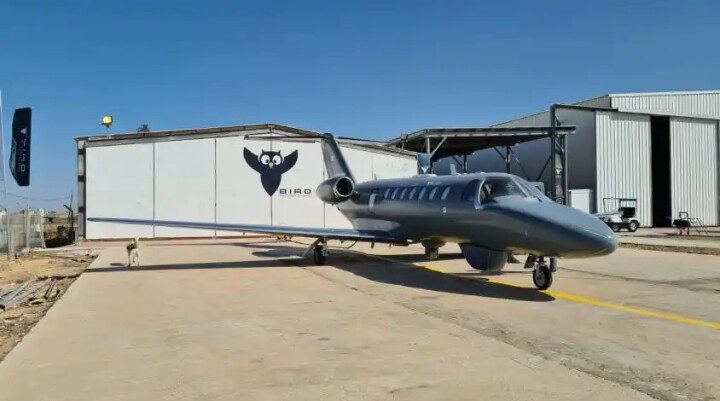 The two Special mission CJ3 Cessna aircraft arrived the country through the NAF Tactical Air Command (TAC), with its headquarters situated at Makurdi.

In January 2019, leading developer of Airborne Missile Protection Systems (AMPS) and Airborne Surveillance, Information and Observation (ASIO) solutions Birds Aerosystems announced that it will supply two special mission aircraft equipped with its advanced maritime patrol sensor and integrated with a Mission Management system (MSIS) to an African customer. Birds declined to mention the client at that time.

According to Birds Aerosystems, the aircraft will share the operational picture with ASIO mission management stations installed on the customers’ naval Ships and HQ command, ensuring that all operating teams share a unified, real-time situational awareness picture.

MSIS collects and processes large amounts of information gathered from all onboard sensors which is then automatically classified, prioritized and clearly displayed using state of the art algorithms with an easy to use and intuitive human-machine interface.

Also, BIRD’s MSIS reduces mission crew workload by display and operation of important aspects of the mission at any given time, enabling the crew to efficiently complete detection and classification of only the relevant targets.

However, reports emerged in 2020 that Nigeria is the unnamed customer for the special mission aircraft, with NIMASA confirming the contract later on.

A command, control, computer communication, and information (C4I) centre was launched in August 2019 at the NIMASA base in Kirikiri, Lagos.

Meanwhile, earlier in March 2020, NIMASA took delivery of two special mission vessels built in the Netherlands, both were launched by Shipyard De Hoop in Foxhol, the Netherlands, on 1 July 2019.

Deep Blue Project is funded by the Ministry of Transport, and has already deployed its integrated maritime security infrastructure.

Israeli company Blue Octagon is in charge of procurement for the project while Homeland Security International (HLSI) will provide training and equipment, and the Nigerian Navy, Police, Nigerian Army and Department of State Services, will jointly run the equipment.