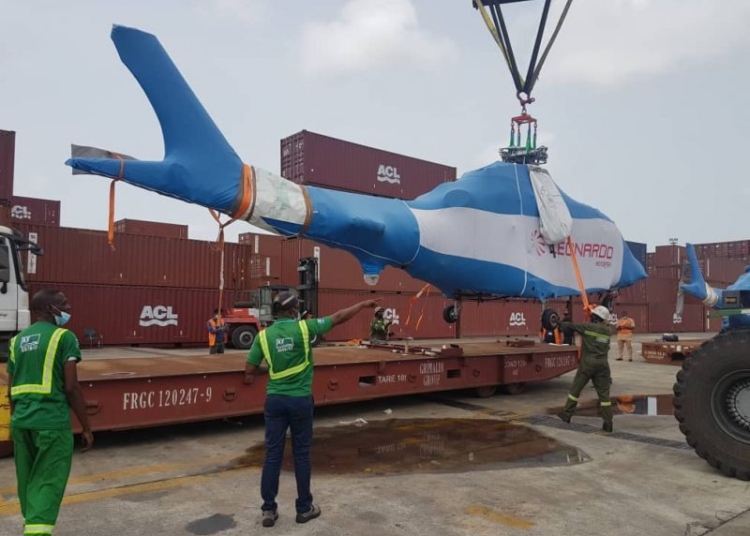 Israeli company Blue Octagon is in charge of procurement for the project after a parliamentary enquiry was launched into the conditions in which the original contract was awarded to its sister company HLSI.

Homeland Security International (HLSI) will provide training and equipment, while the Nigerian Navy, Police, Nigerian Army and Department of State Services, will jointly run the equipment.

When fully operational, Deep Blue Project would drastically reduce piracy and other crimes within Nigeria’s maritime domain and the Gulf of Guinea.

Deep Blue Project which is funded by the Ministry of Transport has already deployed its integrated maritime security infrastructure.

The newly acquired AW109 helicopter can be configured for a range of missions, including search and rescue, law enforcement, air ambulance, coast guard, border patrol and surveillance.

Nigeria is a major user of Leonardo’s AW109 helicopter, in December 2018, The Nigerian Air Force placed an order for six Leonardo AW109 helicopters, they are the AW109M, the militarised version of the AW109E that can be armed with heavy machine gun pods and 70 mm rocket launchers.

However, in July 2017, a Nigerian Air Force Agusta 109 helicopter was brought down on a body of water by the crew in Borno state after it developed a ‘technical glitch’. The helicopter suffered major structural damages.

Also, the NAF lost an AgustaWestland AW-109 light utility and transport helicopter on Thursday 14 November, 2019 at its base in Enugu.

The AgustaWestland AW-109 helicopter crashed after a routine flight, there was no casualty.