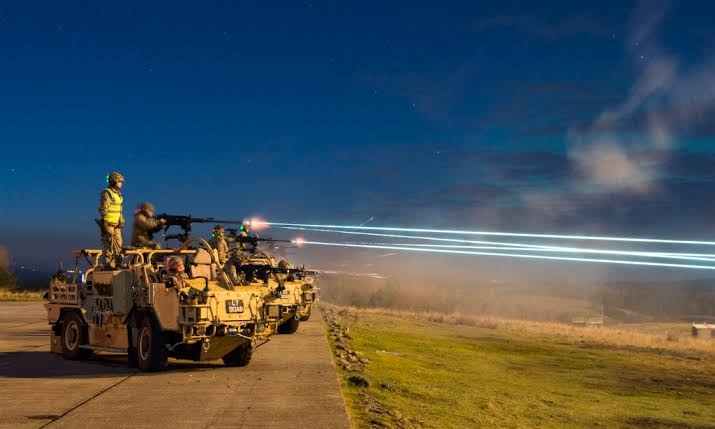 The Supacat “Jackal” MWMIK special operations and reconnaissance vehicles of the British Army are receiving significant upgrades packages ahead of their deployment to the UN Multidimensional Integrated Stabilization Mission in Mali (MINUSMA) later this year.

The vehicle’s components receiving the upgrades packages are the sensor, communications, and environmental systems.

The notional upgrade packages were trialed during Exercise ‘Wessex Storm’ on Salisbury Plain training area during February till early March, according to a senior British Army officer.

During the six-weeks Exercise ‘Wessex Storm’, more than 2,500 regular and reserve soldiers from 7th Infantry Brigade (the Desert Rats) were deployed on Salisbury Plain.

According to the British Army, Exercise Wessex Storm is one of the biggest exercises of its kind in a decade and is designed to test the soldiers on the skills needed to live and fight for long periods of time under harsh conditions.

Later this year, the Desert Rats will deploy on operations in Mali, Afghanistan and Poland. This Exercise is a key part of ensuring their readiness for those operations, said the British Army.

In fact, the Supacat Jackal MWMIK Reconnaissance / Armored Patrol Vehicle was developed in response to the continuing British Army actions in Afghanistan, where crews were repeatedly subject to ambush and IED (Improvised Explosive Device) attacks from rebel forces. As such, the Jackal is designed for maximum crew survivability while attempting to keep the vehicle as mobile as possible.

The Supacat jackal wheeled vehicles is usually supplied with an optional mine blast and ballistic protection kit, the 400 can be fitted with a variety of mission specific hampers, weapons, communications, ISTAR and force protection equipment to suit a wide range of operational roles.