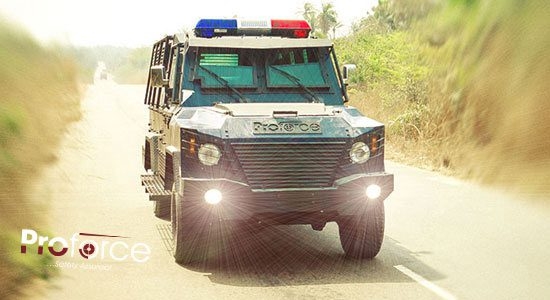 Proforce Defence is Nigeria’s leading developer of armoured vehicles, small patrol boats as well as overhauling of assorted armoured vehicles. One of the company’s successful product is the Ara Mine resistant and ambush protected vehicle. Proforce also produces the PF2 light armoured vehicle, and the improvised armoured combat vehicle (a reinforced Hilux truck).

When fully operational, Deep Blue Project would drastically reduce piracy and other crimes within Nigeria’s maritime domain and the Gulf of Guinea.