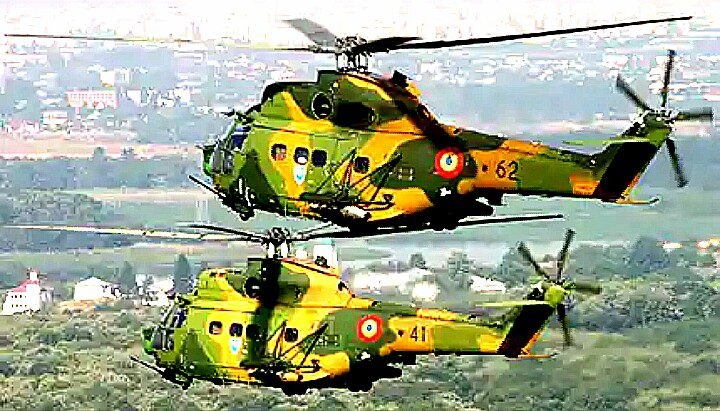 IAR 330 Puma helicopters being flown by the Romanian Air Force in Mali as part of its contribution to the UN-led peacekeeping mission has been equipped with the Bright-Nite situational and navigational system.

In October last year, Romania began deploying transport aircraft and helicopters to Mali after Canadian contingent left. Romainia’s Puma helicopters are used for medevac, troops transport as well as patrol missions. The Puma fleet have since flown more than 200 sorties, and accumulating 750 flight hours according to Cdr Ioan Mischie, commander of the 1st Carpathian Pumas Detachment of the Romanian Air Force.

Out of those 750 hours in the air, the Puma’s has flown 250 hours at night and in challenging conditions for pilots.

‘We’ve had moonlight for no more than four calendar months, the illumination [of the sky] is unlike that in Europe, but we have still managed to accomplish all that the UN has requested of us, because of devices like BrightNite,’ Mischie said.

Elbow’s multispectral DVE BrightNite system which is mounted on a radome with eight uncooled FLIR sensors housed in a turret under the helicopter’s nose, and provides high-resolution video data to NVG or HMDs for enhanced augmented situational awareness and navigation.

‘Through [the] 3D imagery capabilities of BriteNite, if you want to designate a specific landing zone while in flight over unknown terrain, you can select a certain area and it will show you where to put the helicopter,’ Mischie explained. ‘Even without outside visual references you can still land in conditions that have almost zero visibility.’

Once terrain insight features have been selected, pilots can also follow information displays to fly ‘very low’ and with reduced visibility says Mischie. With this upgrade, it is yet to be ascertained whether Romainia’s Puma deployment on Mali will be extended beyond October 2020.