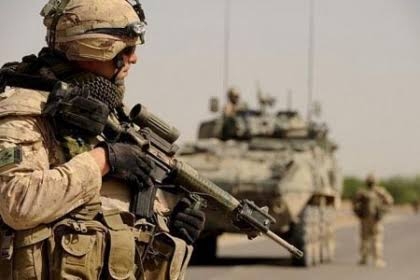 Takuba which is planned to kick-off by the end of 2020, ahead of a full operational capability early in 2021.

In a private media briefing held earlier this month, a Netherlands Special Operations Command (NLD SOCOM) spokesperson disclosed that the country will only deploy two staff officers at Task Force Takuba HQ, this will help Netherlands stay updated on the developments in the mission and the general situation in the region’.

Apparently, Dutch SOF troops will not be deployed on the ground in support of the task force, ‘After careful consideration, there is not enough capacity of SOF available to send military units.‘

Furthermore, essential airlift or MEDEVAC assets will also not be deployed to the task force because they are tied up in other deployment (in Iraq and Afghanistan) and will not be available until the second half of 2021 or early 2022.

‘Lastly, the Dutch parliament focuses on a more effective role of the EU training mission in Mali whereas this mission functions as basis for training of Malian troops with which Task Force Takuba will co-operate.’

So far, Operation Takuba has drawn contributions from several European countries, Denmark has provided two EH101 helicopters, while SOF components from Belgium, Estonia, Portugal and France will make up the bulk of the task force on the ground.

Germany has also suggested it will support ground forces with the deployment of H145M helicopters, although a final decision has not made.

According to the political statement signed by the Takuba participating governments (and the UK), Takuba will be mainly composed of European Special Operation Forces supported by key enablers providing a high level of autonomy. It will advise, assist and accompany Malian Armed Forces, in coordination with G5 Sahel partners, the UN mission (MINUSMA) and EU missions (EUTM Mali, EUCAP Mali and EUCAP Niger), with a robust legal basis in compliance with international law,’ the political statement concluded.