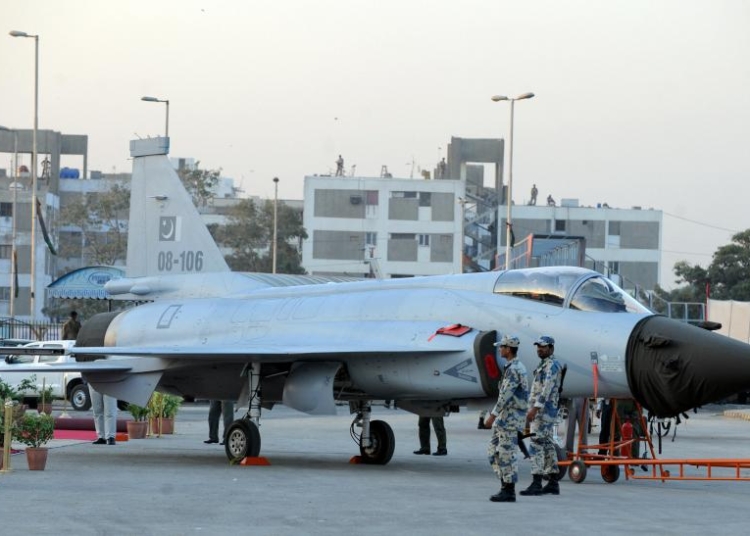 The Nigerian Air Force will take delivery of the first three JF-17 Thunder multirole fighter jet on or before November 2020, this is according a new report by the Nigerian Chief of Air Staff, (CAS), Air Marshal Sadique Abubakar during the graduation ceremony of 2,079 new recruits to boost internal operations.

During the ceremony, Air Marshal Sadique Abubakar reminded the new airmen and airwomen to operate within the Rules of Engagement as enumerated in the Code of Conduct for the AFN personnel. “You must also respect and protect the innocent and law-abiding civilians whom you are paid to defend”, he added.

Air Marshal Abubakar noted that the training which the new airmen went through was rigorous and deliberately designed to expose them to near real-life scenarios of what the Nation expects from them when deployed for operations. He further charged them to be resilient, tough and courageous in the performance of their duties at all times. According to him, “You must embrace the core values of ‘Integrity’ ‘Service before Self’ and ‘Excellence in all you do’ as essential ingredients of the high reputation, which the NAF has earned over the years. You must be innovative and take advantage of the opportunities that will be provided for you through specialization training and re-training to become proficient in your chosen specialties”, the CAS emphasized.

The CAS further disclosed that the NAF was in the process of acquiring the JF-17 Thunder aircraft and the Super Tucano (A-29) light attack aircraft. According to him, the JF-17 was due to arrive in Nigeria in November 2020, while the A-29 Super Tucano aircraft were expected to be inducted into Service by the Year 2022.

Furthermore, in October 2018, Pakistan’s government through the Economic Coordination Committee (ECC) of the Cabinet approved the issuance of a certificate of sovereign guarantee for the sale of three JF-17 aircraft to Nigerian Air Force against a sum of $184.3 million.

The Ministry of Defence Production had tabled a summary before the ECC which approved the issuance of a certificate of sovereign guarantee to show commitment for the provision of the three JF-17 Thunder aircraft as per the contract signed between Nigeria and Pakistan.