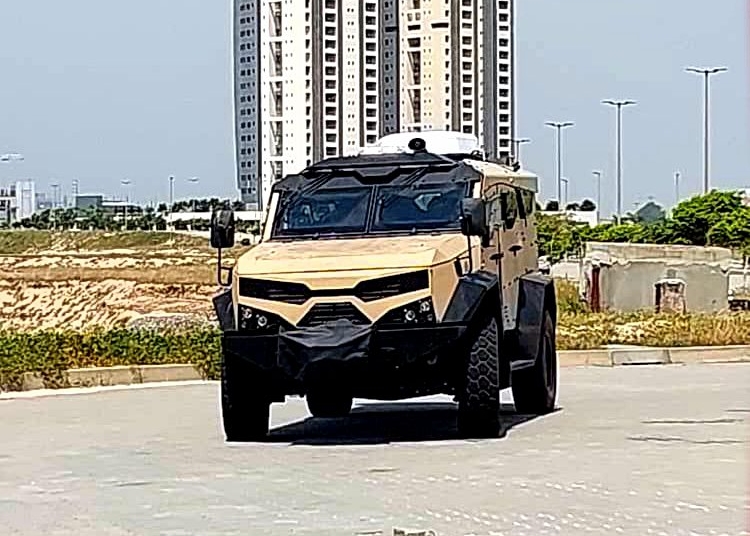 The Plasan SandCat is a light armoured vehicle designed and produced by Plasan of Israel and US Oshkosh Defense.

Based on Plasan’s fourth-generation SandCat vehicle architecture, the vehicle is designed to support a range of missions including law enforcement, border patrol, special forces combat, and armed conflict.

Nigeria’s fourth-generation SandCat M-LPV vehicle is fitted with a command and Control (C2) module on the hull for enhanced intelligence operations.

While providing high-end protection, SandCat also maintains its maneuverability and agility, even when equipped with surveillance and communications systems.

The new SandCats will be used by the DSS to transport personnel, as a command and control centers, and to transport VIPs though troubled zones.

Nigeria already operates earlier models of the Plasan SandCat since 2011. Oshkosh Defense which manufactures the SandCat alongside Israeli Plasan received orders for the SandCat from Nigeria at the time.

Also, in 2015 the US Army transfered Caiman trucks, MaxxPro MRAP (Mine Resistant Ambush Protected) made by Navistar Defense, and Israeli-based Plasan Sasa vehicles to Nigeria.

They will join another 177 Streit vehicles of various types including Warrior, Typhoon, and Spartans acquired in 2017 for the Nigerian Army to equip the forces battling Violent Extremist Groups in the region.