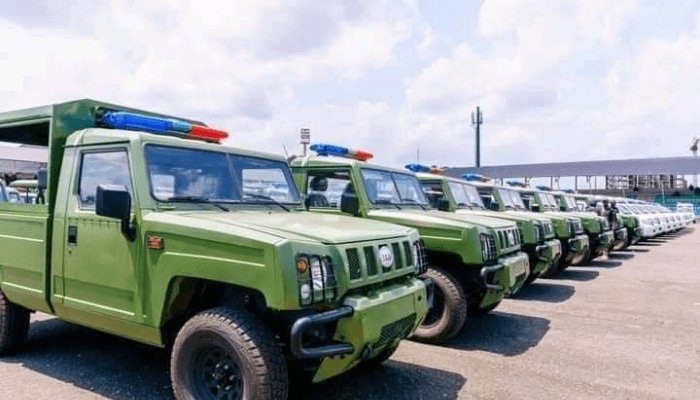 Nigeria’s indigenous vehicle manufacturing company, Innoson Vehicle Manufacturing (IVM) has delivered the first set of vehicles manufactured for the Government of Sierra Leone as ordered by the Sierra Leonean Ministry of Defence.

This comes as the fulfilment of a promise made during a working visit to Innoson Vehicles by top hierarchy of the Sierra Leone Defence Ministry led by Mr Edward Soloku, the Minister of Internal Affairs as well as Sierra Leone Road Transport Corporation (SLRTC) led by it’s President Mr. Isaac Ken-Green.

The first batch of vehicles manufactured for the government of Sierra Leone by Innoson Vehicle Manufacturing Ltd., IVM, has been delivered to the West African country.

The vehicles, which arrived in Freetown on November 21, 2022, were built to order by Sierra Leone’s Ministry of Defence.

The first set of these vehicles has been supplied from Nigeria to Sierra Leone and was discharged at Queen Elizabeth 2 Port in Free Town.

The Government of Sierra Leone led by President Julius Maada Bio placed an order for the manufacturing of Innoson Vehicles valued at $4.7Million for the officers of Republic of Sierra Leone Armed Forces (RSLAF).

IVM has sold some of its vehicles to other African militaries. Last year October, IVM delivered an unspecified number of its G12 4×4 utility vehicles to the Mozambican military.

Some years back, the Nigerian Army signed a partnership agreement with the IVM for the supply of military-grade transport, utility, and logistics vehicles for its personnel.

Innoson Vehicle Manufacturing Company announced on 3 January, 2018 that it had partnered with the Nigerian Army to conceptualize, design, modify and produce armoured fighting vehicles and other military hardware.

The agreement also includes identifying requirements for the production of the armoured fighting vehicle in the Nigerian Army Central Workshop in Kaduna and enhancing the capacity of Nigerian Army personnel to actively participate in the successful implementation of these joint ventures.

Innoson has also delivered upward of a hundred of G12 4×4 utility vehicles to the Nigerian Army.