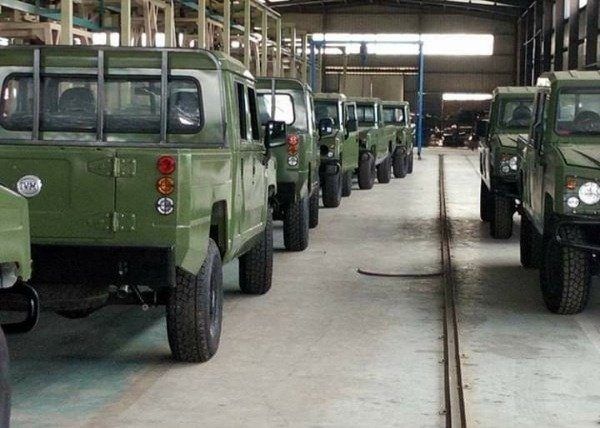 Nigerian-based Innoson Vehicle Manufacturing Company has delivered an unspecified number of its G12 4×4 utility vehicles to the Mozambican military.

The IVM G12 is based on the Jeep Cherokee, but features a longer and wider base and was jointly developed by Beijing Auto Works and Chrysler as an alternative to the United States HUMVEE.

Mozambique likely acquired the proven IVM G12 tactical vehicle under its recent procurement drive for its military to improve its counterterrorism efforts in Cabo Delgado, the northern part of the country.

Local al-Shabab militia believed to have links to the broader Islamic State group (IS), began an offensive in 2017 in Mozambique’s Cabo Delgado province. Nearly 730,000 people have fled violent clashes between Mozambican security forces and their allies and the radical armed group affiliated with the Islamic State.

Mozambique security forces are likely using the IVM G12 as a troop and cargo transport, command vehicle, and reconnaissance vehicle

The baseline IVM G12, can carry 5 soldiers, including the driver, has a fully enclosed 4-door body, however, there’s a two-door pickup variant for logistics.

It has a trailer hitch and can tow light trailers or artillery with a maximum weight of 500kg. This vehicle has a 500 keg to 750 kg payload capacity depending on the version.

Innoson Vehicle Manufacturing Company announced on 3 January, 2018 that it had partnered with the Nigerian Army to conceptualize, design, modify and produce armoured fighting vehicles and other military hardware.

Innoson has also delivered upward of a hundred of G12 4×4 utility vehicles to the Nigerian Army.