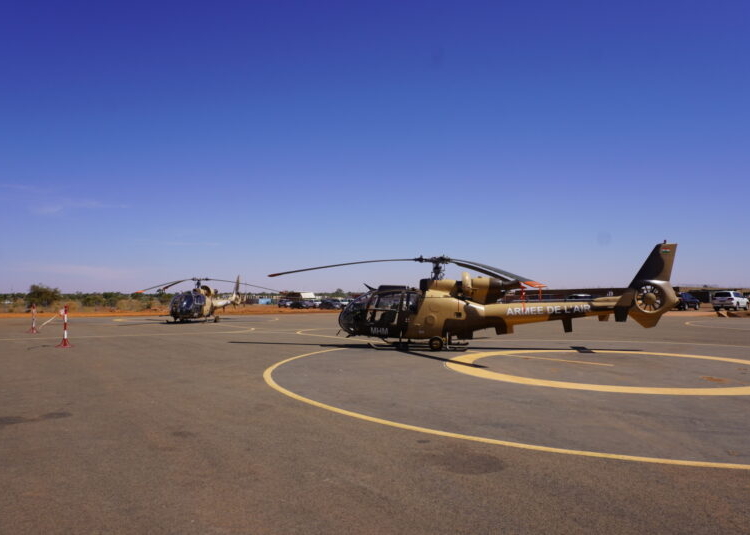 Both Gazelles are worth 2.8 billion FCFA, and are part of a large 10 billion FCFA agreement which includes the training of pilots in close air support, medevac, and reconnaissance missions.

The Nigérien Minister of National Defense Alkassoum Indattou received the helicopters on Wednesday, November 16, 2022 at Air Base 101 in Niamey, as part of a helicopter training project (FHEL).

With the receipt of this equipment, the number of gazelle helicopters transferred by France to Niger as part of the helicopter training project (FHEL) now stands at 5.

The official equipment handover ceremony took place in the presence of the Minister of National Defense Mr. Alkassoum INDATTOU, the French Ambassador to Niger, Mr. Sylvain Itté, the General of Division, Chief of Staff of the Armed Forces, Mr. Salifou Modi, the General of the Army Corps, the High Commander of the National Gendarmerie, the French Defense Attaché, Officers, Non-Commissioned Officers and Airmen.

During his speech, the French Ambassador to Niger, Mr. Sylvain Itté recalled that France has officially put an end to the regional military operation Barkhane by replacing it with bilateral cooperation with each of the countries which have expressed the wish. ” This is the case of Niger, in response to the request made by His Excellency President Mohamed Bazoum “, he underlined.

For the French diplomat, “ this ceremony illustrates in its own way the continued commitment of our two countries in the fight against terrorism ”.

Mr. Sylvain Itté also explained that in the fight against terrorist groups, air power and the modes of action associated with it are key elements in dealing with the unstable context in the region.

For the French ambassador to Niger, this project, supported by the French armed forces and which is led by the security and defense cooperation department of the Ministry for Europe and Foreign Affairs, is based around three axes: ” staff training: 13 pilots and 15 mechanics have been trained since 2012 “, ” equipment of the squadron: France is committed to equipping the squadron with combat helicopters ” and ” the construction of infrastructure: the hangar which houses the present ceremony and the adjacent car park which were delivered in 2013 ” .

The French diplomat ended his remarks by reaffirming the availability of his country, “France” to help Niger to meet the many challenges facing Niger.

The Minister explained that ” the first transfer of GAZELLE helicopters was preceded by the establishment within the Niger Air Force of a helicopter training project (FHEL).

The Nigérien Air Force has been rebuilding it’s helicopter capacity in recent years to better combat the various Violent Extremist Organizations (VEO) operating in the country.

Nigér forces typically rely on French airpower stationed in neighbouring Mali, but France is pulling out it forces in the area.

Last month, the Nigérien Air Force has taken delivery of two out of four Agusta Bell AB 412 helicopters from Italy.

These helicopters will greatly enhance the aerial capacity of Nigér’s special forces particularly those of the 1st Expeditionary Force of Niger (EFoN), the country’s premier anti-terrorism unit.

With the addition of the two armed Gazelles, the EFoN can now call on the during firefights in it’s decade-long fight against insurgents.

The EFoN routinely carry out regular raids and patrols to dislodge extremists from the area. However, due to limited helicopter support, the force is not making as rapid gains as hoped.