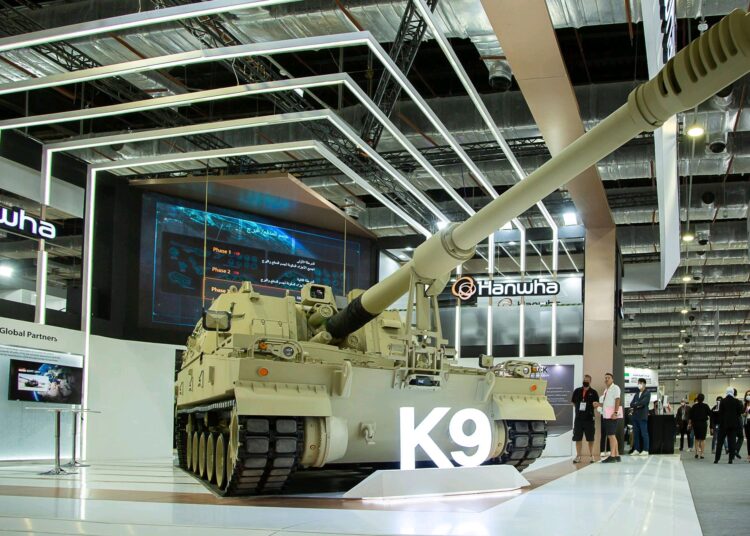 In this new agreement, Egypt will be able to produce locally nearly 70% of the artillery system components within five years, with production beginning in 2023.

Egypt’s military-owned Arab International Optronics Company has signed an agreement with Hanwha Defense Group for the transfer of Technology (TOT), local production of the Automatic Fire Control System (FCS) and other electronic components for the K9A1 Self-propelled Howitzer.

In this new agreement, Egypt will be able to produce locally nearly 70% of the artillery system components within five years, with production beginning in 2023. In February, Egypt signed a $1.7 billion contract with the South Korean Hanwha Defense Group for the procurement and transfer of technology (ToT) of the K9A1 artillery system.

Egypt and South Korea signed a USD1.65 billion contract during the International Defence Exhibition & Conference (IDEX) held in Abu Dhabi in February 2021 for the production of unspecified numbers of the K9A1 EGY version of the howitzer and K10 ammunition vehicle. Hanwha Defense showcased a special variant of the K9 155mm howitzer at the EDEX 2021 dubbed the ‘K9EGY’ with a desert scheme.

Egypt hopes to sell the K9s to Arab and African countries, as well as meet the needs of its own military, says Mohamed Ahmed Morsi, the country’s minister of state for military production said in an interview published on 18 June where he outlined the plans for the K9 artillery production. “We have already started bilateral negotiations with a number of Arab and African countries that want to get the K9 because the cannon is the latest in the world,”

Significant progress was made in their negotiations in January, when President Moon Jae-in told local media on January 20, that South Korea and Egypt are in the final stage of discussions to co-producing the K2 Black Panther main battle tank in Egypt, and the acquisition of the K9 155mm self-propelled Howitzer from Hanwha Defense.

Hanwha Defense subsequently said a new K11 fire-control vehicle would also be developed for Egypt, which will receive an initial batch of howitzers made in South Korea in 2024, with the rest being locally produced.

The 46.3-tonne K9 is designed to provide an armoured force with the indirect fire required to defeat conventionally equipped opponents. Fitted with a 360 degrees rotating turret, the range of the system using standard ammunition is 18 km, but this can be extended to 30 km through rocket assisted projectiles, or to 40.6 km using advanced base-bleed ammunition, and a top speed of 67 km/h.

The K9 self-propelled howitzer will most likely replace the 170 M109A5s in Egypt’s inventory.