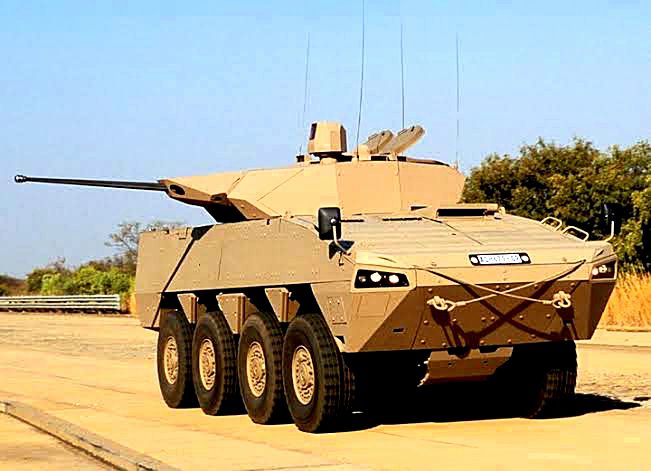 Defence company Denel Land Systems which is the prime contractor for the acquisition of the Badger infantry fighting vehicles under Project Hoefyster for the South African Army cannot fulfill the contract due to increasing technical and financial challenges in Denel.

State-owned Armscor has subsequently recommended the contract be canceled and the money be spent on Ratel upgrades. Details emerged regarding Project Hoefyster on Wednesday, 16 February during a presentation to the Portfolio Committee on Defence and Military Veterans by defense materiel agency Armscor.

Owing to Denel’s inability to complete the project, Denel and Armscor in 2018 recommended that the project delivery date be extended to 2026, and an R500 million penalty be waived.

Armscor however is recommending that the contract be cancelled since the development phase was slated to be completed in May 2012. That has not yet happened and the expected new completion date is December 2023.

In its 2020/21 annual report, Armscor noted that the Badger IFV development had not reached product baseline establishment by the end of the reporting period, failing two rounds of performance tests.

“Turret, vehicle platform and level system development activities for the fire support, command, mortar and missile variants are late due to Denel prioritising completion of the section variant development. The industrialisation of vehicle assembly at Denel Vehicle Systems (DVS) has not shown any significant progress since the previous reporting period, due mainly to parts shortages as a result of non-payment of suppliers.

“Delivery of the first battalion of 88 vehicles was contractually scheduled to be completed by May 2019. This date was not achieved due to delays in development and the industrialisation process. The latest indicated delivery date for the first battalion is December 2024.”

If the contract is cancelled, funds from the Hoefyster contract could used to upgrade the existing Ratel vehicles stock, and also there is the possibility of selling off Hoefyster items worth R1.2 billion, including 28 CamGuns, 15 Badger vehicles delivered by Patria, 58 training simulators, and stocks of 30×173 mm CamGun ammunition.

The Mismanagement of the economy that plagued South Africa during the term of President Jacob Zuma is still having a negative impact on the Economy.

South Africa which plays an important role in peace-keeping and rescue missions throughout the continent, its armed forces are being stymied by Denel’s precarious state of affairs particularly given the current volatile situation in northern Mozambique, and the dangers it poses.