What is the Future of Denel? 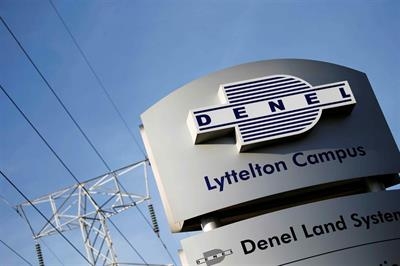 The Mismanagement of the economy that plagued South Africa during the term of President Jacob Zuma is still having a negative impact on the Economy.

For more than a year now there have been concerns regarding the long term health of Denel. For some time now the company has been in financial distress but what happened over the weekend of September 21st may have a negative impact on the Defense Sector of South Africa as a whole.

During that weekend the company was supposed to make a scheduled delivery of 40 Military Vehicles to Chad. The Vehicles were ordered back in 2017 and the Chadian Government paid R100 Million as a down payment for these vehicles. The total cost was between R230 Million and R250 Million depending on the source of information that you are using. This amount is a large chunk of money to renege on.

This failure to deliver rekindles several thoughts regarding Denel. At one point there reports that the Saudis were going to invest in the company. This thought caused considerable blowback within South Africa partially due to the Murder of Mr. Khashoggi and the international backlash that emerged afterwords.

The downturn of business in Africa and a weak economy have combined to damage Denel internal operations. However what could we conclude regarding the failure to deliver on this contract? What will be the future of Denel? Or the backlash it may create?

Within South Africa this will become a political pinata. Already the Main Opposition Party the Democratic Alliance has called for an official inquiry into what led to the failure of this delivery.

This could also affect other South African Defense Contractors such as Paramount. There has been Saudi Interest regarding investing in this sector of the South African Economy as well. Honoring Committments is a major way to attract not only new orders but new clients as well.

Most of the interest watching the gradual decline of Denel has been focused mainly in South Africa and to the blogosphere that covers Defense Issues. This act will have other companies focus on Denel. Some of them will try and undercut the company to acquire new contracts. Sad thing is the company can only blame itself for its plight.