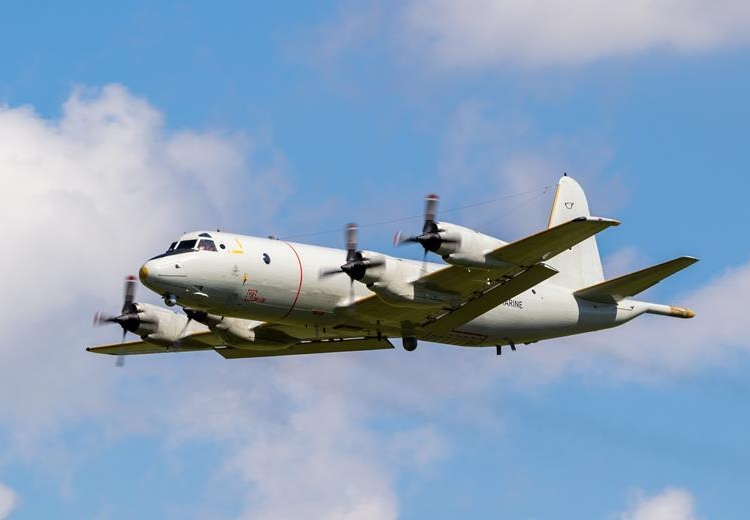 Germany is redeploying it’s P-3C Orion Maritime Patrol Reconnaissance Aircraft (MPRA) from the Horn of Africa where it has been enforcing safe seas under Germany’s Operations Atalanta.

With a decline in maritime crimes in 2019 and 2020, the P-3C MPRA aircraft will now head to the Mediterranean sea to support the new EU Operation Irini.

The Lockheed P-3 Orion is a four-engine turboprop anti-submarine and maritime surveillance aircraft developed for the United States Navy and introduced in the 1960s.

Commander Ahlers said: “The P-3C Orion is perfect for this operation, in that it is quick to react to a situation and has a highly trained crew to analyse the information that it collects to support the counter-piracy mission.”

The Horn of Africa which is more than one and a half times the size of Europe, making the P-3C Orion is a force multiplier for Operation Atalanta. The highly capable Orion P-3C can operate either alone or in coordination with other assets including EU NAVFOR’s helicopters and warships. It can use its inherent flexibility, speed, reach, and response time, to assist maritime vessels under pirate attack.

Spain and Germany deployed their MPRAs to the Somali coast since the start of Operation Atalanta. The expertise gained by their respective crews is a key factor contributing to the success of the EU NAVFOR Operation, says Bodo Ahlers.

MPRAs provide the EU Naval Force with essential information to assess the situation off the Horn of Africa able to locate pirate logistic dumps on the coastline and pirate action groups at sea, able to cover a large search area.

Commander Millhahn of the German Navy, the Commanding Officer of the detachment, said: ” The advantage of the P-3C in this theatre is its ability to react quickly and swiftly to piracy threats.” He went onto say, “by using modern surveillance technology, we are capable of quickly assessing the situation and disseminating the information gained in order to warn international shipping and focus the investigation for cooperating naval units”

After conducting a surveillance flight, the images generated are forwarded to the Force Commander on board the Op Atalanta flagship, FGS Bayern. The images enable the Force Commander to have a bird’s eye view of the area of operations, which in turn, helps him to assess where to place Atalanta warships in order to deter acts of piracy against seafarers.

As of 2016, the P-3C Orion reached a 5,000 flying hours milestone, and has since completed more than 500 missions, “We fly almost every second day, with an average of 8 ½ hours flying time. Importantly, we are able to send back to the HQ aerial photographs and video footage of the Somali coastline and wider sea areas,” Commander Kroll stated.

The vastly flexible aircraft was used in November 2016, by the German aircrew to airdrop vital supplies into the sea close to HNLMS Tromp, a Dutch warship.

However, the continuous air operations have taken a toll on the Orion’s airframe, “It takes ten mechanics three hours to prepare the aircraft for each patrol and on completion of a patrol, the crews then spend another three hours doing post-flight checks”, said the Engineering Officer responsible for the P-3’s maintenance.

In November 2017, Germany signed an upgrade and modenisation contract worth $224 million with Lockheed Martin for P-3C Orion system upgrade, to keep the aircraft airworthy until 2025. The contract included production of eight Mid-Life Upgrade, or MLU, kits (outer wing, center fuselage, and horizontal stabilizer) by Lockheed Martin.

Mid-June 2020, Berlin announced that it had terminated the countract, stating that programme delays had caused “insufficient operational readiness, without any foreseeable improvement”.

In March 2018, the German Navy P-3C Orion Maritime Patrol and Reconnaissance Aircraft (MPRA) returned to Djibouti to rejoin the fight against piracy being conducted by EU NAVFOR on Operation Atalanta.

For now, Airbus Defence & Space is hoping to provide Germany with an interim maritime patrol aircraft capability. The German navy has operated eight of the four-engined type since 2006, after acquiring them from the Netherlands, they are based at NAS Nordholz.

The Bundeswehr intends to replace all current P-3C MPAs set to be retired by 2025. The project, known as MAWS (Maritime Airborne Warfare System), aims to ensure, from 2030 onwards, the succession of the French Navy’s Atlantique 2 and the German Navy’s P-3C Orion.

Three days ago, The U.S. government has cleared the sale of five P-8A maritime patrol aircraft to Germany, but Berlin is nowhere near ready to make a decision on the $1.8 billion purchase.