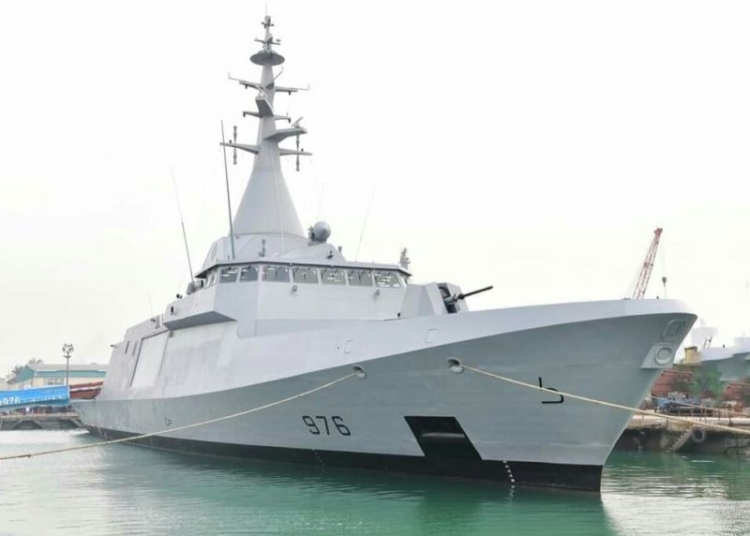 Egypt’s Alexandrial Shipyards has delivered the first locally-built Gowind 2500 class corvette ENS Port Said (976) to the Navy on 6 January in a handover ceremony held in the presence of the Commander-in-Chief of the Egyptian Navy Vice Admiral Ahmed Khaled Hassan at Alexandria Shipyard facility.

ENS Port Said is the fifth vessel in the Gowind 2500 class multi-mission corvette now operated by the Egyptian Navy, it was built in cooperation and under technology transfer with French shipbuilder, Naval Group and is the first corvette to be built locally in Egypt. Three of the type are to be built locally by the Alexandria Shipyard.

In 2014, Egypt signed a €1 billion contract with DCNS (now Naval Group) to buy four Gowind 2,500-ton corvettes with an option for two more.

The lead ship of the Egyptian-built class, ENS El Fateh (971) was launched in 2016 at the Lorient naval shipyard in France, The Egyptian Navy took delivery of the vessel in September 2017. The second Gowind 2500 class, Al Moez was delivered in May 2019, while the third vessel ENS Luxur was launched in 14 May.

The Gowind 2500 vessels has an overall length of 102m, a width of 16m, displacement of 2,600 tons and a maximum speed of 25 knots. It is equipped with facilities for an embarked helicopter and drones, accommodating 65 crew members and is fitted with the Naval Group’s SETIS combat management system including Panoramic Sensors and Intelligence Module (PS1M). A panoramic bridge offers 360° visibilities and a single enclosed mast offers 360° Sensor visibility.

The vessels are designed for surveillance, surface and subsurface combat, protection and escort naval missions, it can also perform maritime surveillance and policing missions against trafficking and piracy. The vessels have many technical characteristics and modern armament systems that enable it to carry out all combat missions at sea, support and protect the land forces along the coast during offensive and defensive operations which makes it a tremendous technological addition to the capabilities of the naval forces in support of their ability to protect the Egyptian national security.

The Gowind 2500 multi-mission corvette is designed for surveillance, surface and subsurface combat, protection and escort naval missions. It can also perform presence, maritime surveillance and policing missions against trafficking and piracy.