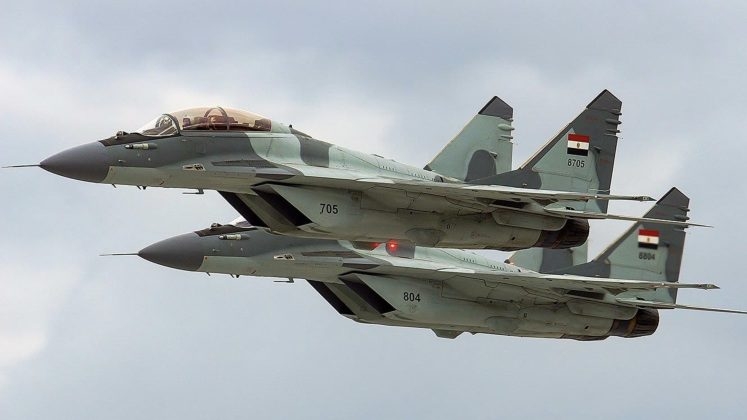 The Algerian Air Force is taking delivery of its first Russian-made MiG-29M/M2 multirole combat aircrafts in a deal which is expected to increase the size of the country’s combat fleet and replace legacy systems operated by the 193rd fighter squadron.

According to international sources, the MiGs fighters were delivered disassembled and are now being prepared for their first flights at the Oran.

Bou Sfer air base in Oran is home to the 193e Escadron de Chasse / 3e Escadre de Défense Aérienne which operates the older version of the MiG-29, the MiG-29S and MiG-29UB.

Algeria is thought to have ordered 14 jets at the MAKS 2019 air show, comprising of new single seat MiG-29M and dual seat MiG-29M2.

Algeria had previously ordered 34 new MiG-29SMTs from Russia, but due to quality problems Algeria refused further deliveries after 15 had been received and Russia instead supplied Algeria with 16 Su-30s.