Marauder and Matador Vehicles hailed for excellent performance In Azerbaijan 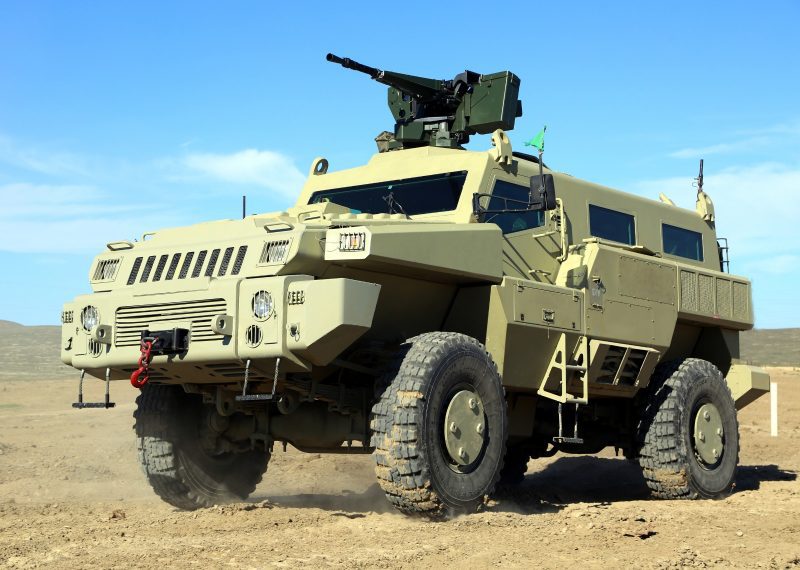 South African defense company Paramount Group’s Matador and Marauder vehicles in service with Azerbaijan Forces have been praised for their excellent combat performance in the conflict with Armenia over the Nagorno-Karabakh region.

Azeri Defence Magazine cited both vehicles good performance during the five-day war between Azerbaijan and Armenia in April 2016, in an explosion at an ammunition depot in Gilazi, Azerbaijan in 2017, as well as during Azeri military operations launched on the 27th of September 2020 as part of the Nagorno-Karabakh conflict.

“This and other footage taken from the frontlines of the conflict have proven that on the battlefield, the Marauder and Matador vehicles provided high levels of protection for their personnel against land mines, enemy fire, shrapnel from exploding artillery and mortar shells” – says Azeri Defence.

Informed sources close to the conflict reports that at least four Marauders and four Matadors have been damaged or abandoned during the conflict, but none destroyed. Furthermore, both armored vehicles is highly valued by the Azerbaijani military, and the “positive results achieved during the battles and their superior characteristics compared to other armored vehicles will allow for the continuation of serial production of both vehicles in future.” says the Azeri Defence magazine.

The Azerbaijan Military first ordered 30 Marauder and 30 Matador mine protected vehicles in 2012, following the establishment of a joint production facility in the country and the production of an initial 15 Matador and 15 Marauders under a joint production agreement set up in 2009.

Azerbaijan has reportedly procured taken85 Marauders and 60 Matadors since 2009, says the Stockholm International Peace Research Institute’s arms transfers database, and both armoured vehicles produced in Azerbaijan have undergone some modifications as compared to the base version made in South Africa.

The Marauder is an IED and mine protected vehicle designed to operate in built-up and confined urban settings. It can carry a crew of ten and be configured as either a troop carrier or combat vehicle. The Marauder is fitted with a double-skinned hull throughout the cabin and crew compartment to protect it against kinetic attacks up to STANAG 4569 Level III.

The Matador carries a crew of 14 and was conceived for long range military or peacekeeping operations, with the ability to handle rugged and demanding terrains. It has a top speed of 100 km/h and will protect its crew from 14 kg TNT detonated directly underneath the hull or 21 kg of TNT if detonated under any wheel.