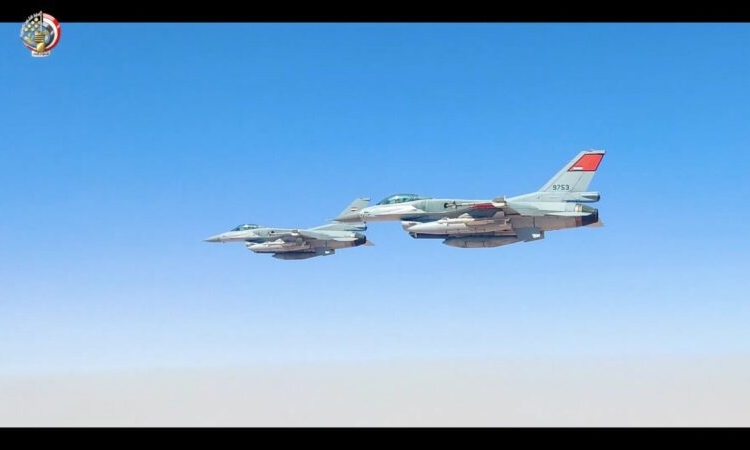 A recent video released by the the Egyptian military during its recent Air Force Day celebrations held on 14 October shows two F-16C Block 52s (considered to be vastly upgraded variants) fitted with Al Tariqs. While the EAF Mirage 2000s were earlier seen in July this year during the Qader 2021 exercise, fitted also with Al Tariqs.

The Al Tariqs PGMs are designed by South Africa’s Denel Dynamics as the Umbani (or Lightning) guided bomb.

The munition is jointly produced by Abu Dhabi-based Tawazun Holdings (51%) and South Africa’s Denel Dynamics (49%). Tawazun has since morphed intoBarij Dynamics in 2018 and in November 2019, Barij became Al Tariq when it was consolidated along with 25 other UAE defence entities under the Edge group.

In 2017, Denel Dynamics revealed through its annual report that 600 Al Tariq guided weapons were delivered to the United Arab Emirates under the Mbarc I and Mbarc II programmes.

The Al Tariq bomb kit is designed to be integrated with any Mk 81, Mk 82, Mk 83 and Mk 84 family of 500lb to 2,000lb bombs, converting them into guided munitions with pop-out wings and moving control surfaces and using GPS/INS guidance, or semi-active laser designators or imaging infrared seekers.

The Al Tariq has a terminal accuracy of 3 metres circular error probable, and depending on the height the Al Tariq is released, the standard Al Tariq has a range of up to 40km, but a bolt-on propulsion option that can boost its range to 200km is available.

The weapon can use a normal dumb bomb pylon and does not require MIL STD 1553B or 1760 databus connections, as it can be wirelessly programmed from the cockpit.

The Al Tariq is considered a direct competitor to Sagem’s AASM and Boeing’s JDAM-ER.

In November 2013, Tawazun Dynamics announced that the Al Tariq had been successfully integrated on to the UAE Air Force and Air Defence Mirage 2000-9. Also, in October 2015, a downed UAV in Taiz, Yemen was photographed armed with the Al Tariq.

Two versions of the weapon exists; the Al Tariq S which has a 45 km range, and the Al Tariq LR (long-range) with more than 120 km range. Both have different seekers, payload sizes and wing kit options as well as multiple configurations.