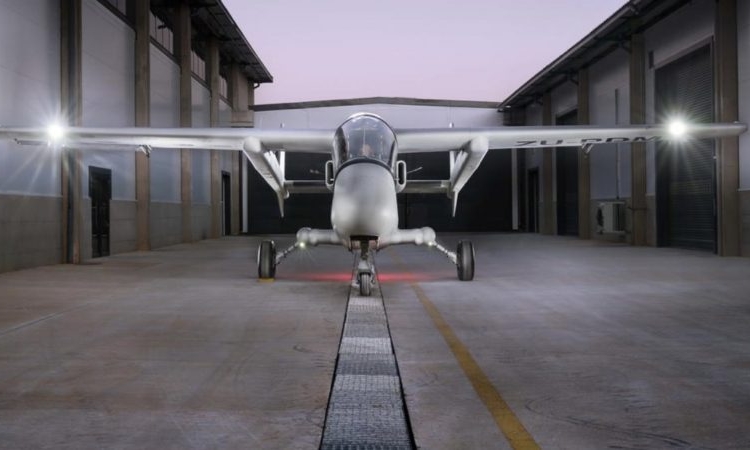 Paramount’s founder and executive chairman of Paramount, Ivor Ichikowitz disclosed, late August that it has taken orders for the AHRLAC and is preparing for deliveries.

Although, Ivor Ichikowitz did not specify who the client was, however, he explained that a new factory in Wonderboom, near Pretoria, is fully operational to cater for the AHRLAC’s serial production.

The Wonderboom facility have been ramped up to ensure the timely delivery of aircraft to customers around the world. 85% of the original staff of the Aerospace Development Corporation (ADC) have been retained the company disclosed.

A messy past for the AHRLAC

Ivor Ichikowitz believes that the decision to restructure is the right one, stating that it “allowed us an additional year of development work to get the aircraft right”.

Ivor described the new Wonderboom facility as one of the “most modern aircraft manufacturing facilities in the world”, with 70% of parts made on site as part of a “vertically integrated” model that spans “sheet metal to final assembly”.

He adds: “Although we have the capability here to meet much of the global demand directly, our system does allow for portable assembly. We can supply the aircraft in kit form.”

Ichikowitz says that, while the shareholder dispute was “unfortunate”, it was “inevitable that the structure would have to change at some point”. He promises further investment in the coming months. “Now we have absolute clarity in terms of the company’s direction,” he says.

He maintains that with mission systems supplied by a sister business within Paramount and the company’s experience in training and support, “we can offer customers a complete turnkey solution”.

AHRLAC, is able to carry weapons, radar, surveillance equipment and electronic warfare systems. It is equipped with pods that are swappable for different roles the airplane will be used for. The swappable modules allow it to have reconnaissance, intelligence gathering, close air support, training, cargo and light attack capabilities.

First designed in 2014 by Aerosud Now has several variants, a militarized version called the Mwari is seeking international customers.

Despite its optimisation for the African continent, the Mwari is yet to penetrate Africa’s defense market.

In 2018, Ivor announced during a press briefing at the Farnborough International Airshow that the Mwari has secured it’s first export order. At that time, he declined to comment on the customer.

Another variation of the AHRLAC, called Bronco II is being marketed to the United States special operations command Low-Intensity Combat Warfare (LICW) rrequirement, under the Armed Overwatch programme.

The US Special Operations Command will procure around 75 aircraft for close air support, precision strike and intelligence, surveillance and reconnaissance missions.

Paramount is collaborating with training company Vertex Aerospace, and Leidos to offer the Bronco II to the US military. If successful, the Bronco II will be manufactured in Florida.

The Bronco II is designed to carry a single 20 mm cannon, which is internally mounted into the fuselage. Additionally, it is fitted with either four or six hardpoints for carrying weapons mounted under the wings, including rocket pods, unguided bombs, and various air-to-surface and air-to-air missiles.