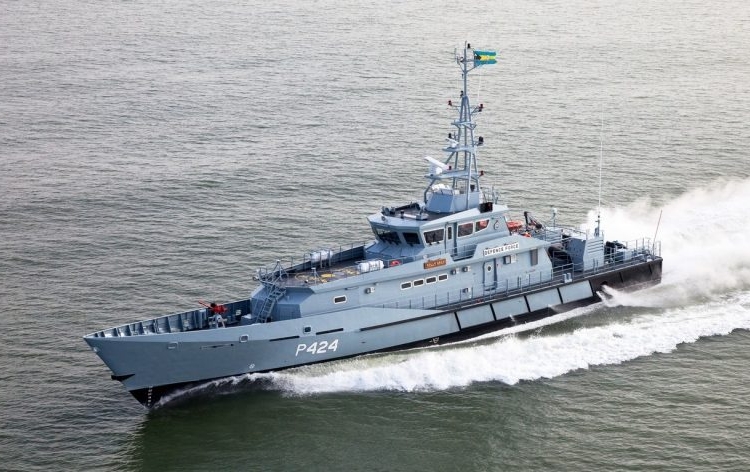 Amidst the rising state of maritime insecurity in the Gulf of Guinea, the Nigerian Navy Western Naval Command recently commenced a 30-days exercise Okun Alafia II, a Yoruba word for Calm Water.

Even with the success of the exercise, two new warships destined for Nigeria is missing in action due to the COVID-19 pandemic.

The two warships, which are 40 metres fast attack and patrol boats made by Damen could not be delivered on time to partake in the exercise.

Most of these vessels have arrived the country and are already actively engaged in various maritime operations across Nigeria’s Sea domain except for the two 40 metres Damen patrol boats which according to Africa Intelligence, could not be delivered yet due to the COVID-19 pandemic.

The Damen 40 metres patrol boats also known as the Stan Patrol 4207 has a maximum Speed of 26.5 knots, and a crew of 18. It features an “Axe bow” design for enhanced speed and Sea keeping.

It’s hull is constructed with steel and is propelled by 2x Controllable pitch propellers.

Stan Patrol 4207 can be armed with various type of armament included a remotely operated weapons station mounted with a 12.7 mm naval machine gun.

The timeline for the delivery of the vessels have not been decided seeing as the global restriction on movement is still in force.

Earlier in December, the Nigerian Navy announced it had ordered an LST 100 landing ship from Damen, which is building the vessel at its facilities in the United Arab Emirates.

The new landing ship tank; an LST 100 class vessel is being constructed for the Nigerian Navy by Damen.