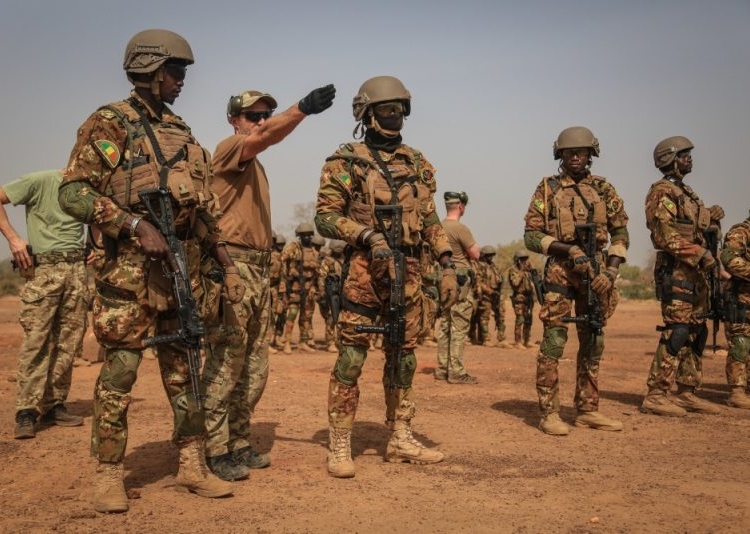 The Czech Senate has finally approved the deployment of its forces to support Task Force Takuba, in 12 August, after several bureaucratic huddles.

This development is now awaiting ratification from the country’s deputies to approve Czechs participation in the European Union led special operation – Task Force Takuba, formed to train and support the Malian army in combat.

The Senate approval filed under Resolution No. 483 allows for a maximum of sixty special operators to be deployed up till 31 December, 2022. The 60 operators will be drawn from the 601st Special Forces Group (601. SkSS) based at Prostějov, and are expected to arrive at the Sahelien AOR in October, this year.

Though, the Czech Parliamentary approval comes with a condition that before June 30 of next year, the Czech government must keep the Senate informed of the activities carried out by the Ministry of Defense within the framework of the fight against terrorism in Mali, Niger and Chad. This parliamentary control will then be repeated until 2023.

The deployment of the initial French-Estonian core troops in Gao enabled Task Force Takuba to reach its initial operational capacity (IOC) on July 15.

For now, the main goal is to perfect the training components, as well as coming up with a common operational procedures. ” At the end, the TF will begin its mission of advice and assistance for the benefit of the Malian forces, before accompanying them in the field” says the Ministry of the Czech Armed Forces.

Task Force Takuba has attracted contribution from several countries, Sweden, will send a third detachment of soldiers in 2021, which will be followed closely by the Italians following it’s Parliamentary approval. Italy will deploy up to 200 troops, 20 vehicles, and eight aircraft for the mission, after it was approved by the Italian parliament on 16 July. Italian soldiers will train, advise, and accompany local special forces, as well as provide enablers, especially helicopters and personnel for medical evacuation.

Portugal and Greece will also send their own detachments later this year or in early 2021. Denmark has provided two EH101 helicopters, while SOF components from Belgium, Estonia, Portugal, and France will make up the bulk of the task force on the ground. Germany has also suggested it will support ground forces with the deployment of H145M helicopters, although a final decision has not made.

Taskforce Takuba will mainly consist of European special forces backed by the necessary support assets. It will be under the command of the French ongoing Operation ‘Barkhane’ regional counter-insurgency mission, but will have a high level of autonomy. It will assist and complement efforts of the G5 Sahel Joint Force that is made up of battalions from Burkina Faso, Chad, Mali, Mauritania, and Niger.

It is known that Dutch SOF troops will not be deployed on the ground in support of the task force, ‘After careful consideration, there is not enough capacity of SOF available to send military units.‘ Furthermore, essential airlift or MEDEVAC assets will also not be deployed to the task force because they are tied up in other deployment (in Iraq and Afghanistan) and will not be available until the second half of 2021 or early 2022.

Since the beginning of June, France has been constructing the neccessary support infrastructure to accommodate TF Takuba partner forces in Ménaka (eastern Mali). sappers of the heavy deployment support detachment (ADL) of Barkhane have started the second stage aimed at installing the communication and cabling networks. The set should be operational from October 1. the bastion wall for the base perimeter has also been completed.

“ Of course, due to Covid-19 and the rainy season, we encountered some difficulties. Under ideal conditions, the TAKUBA site should be achievable in two months. We are taking all the necessary measures in order to be able to provide the site on time, ”indicates Chief Warrant Officer Nicolas, head of the ADL reinforcement detachment.