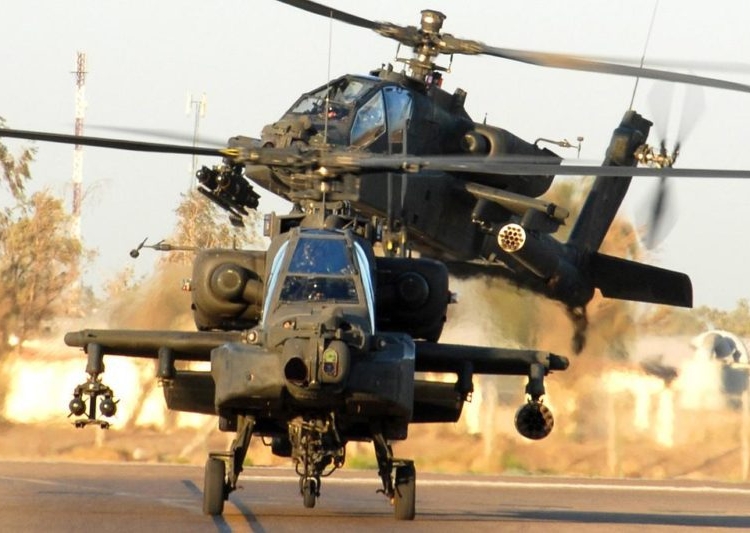 The US State Department has approved a possible Foreign Military Sale of a refurbishment package for Egypt’s 43 Boeing AH-64E Apache attack helicopters.

The possible foreign military sale valued at an estimated $2.3 billion was approved on 7 May and the US Congress was notified the same day.

Many of the components, including most of the T700 turboshaft engines, would be remanufactured. The business also includes weapons: Hellfire missile launchers, 2.75in tube rocket launchers, and M230 chain guns.

“Egypt intends to use these refurbished AH-64 helicopters to modernise its armed forces to address the shared US-Egyptian interest in countering terrorist activities emanating from the Sinai Peninsula, which threaten Egyptian and Israeli security and undermine regional stability,” says the Defense Security Cooperation Agency. “This sale will contribute to Egypt’s military goal to update its capability while further enhancing greater interoperability between Egypt, the US, and other allies.”

The Defense Security Cooperation Agency says there are no known offsets for Egyptian companies as part of the potential deal, and the principal contractors would be Boeing and Lockheed Martin.

Over the last couple of decades, Egypt has been receiving significant foreign military financing from the United States, that must be spent on U.S. built defense equipment, the financial aid is valued at around $1.3 billion since fiscal year 2014.

Egypt’s security forces have been waging a war over the past four years against an Islamist terrorist insurgency, mostly in North Sinai, that has seen hundreds of security personnel killed, as well as hundreds of terrorists killed in security campaigns.

The announcement of the package comes the day after a new report by the Center for International Policy called for a re-look into whether military aid to Egypt is in the best interests of America.

In November 2018 Egypt requested the sale of ten AH-64E Apaches for an estimated $1 billion,