Opinion: Is Turkey regretting its intervention in Libya? 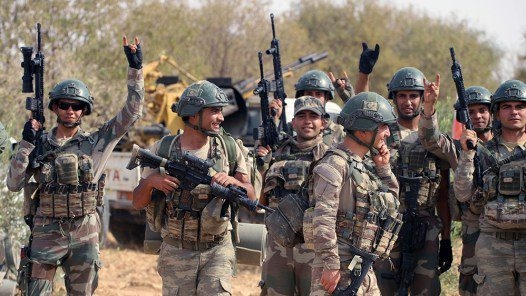 Since launching a military campaign in Libya on the side of the Government of National Accord (GNA), Turkey has hardly believed that the main obstacle to achieving a decisive victory has become the inertia of its Libyan ally. But, as it turns out, the Tripoli government, led by the prime minister Fayez Sarraj, is not yet ready to assist the Turks in further actions against Khalifa Haftar’s Libyan National Army, but has also put the achievements of the military operation made so far as risk.

According to well informed sources, who asked for anonymity, Ankara has faced a number of insurmountable problems related to inaction or sabotage from the GNA. At the moment, the main issue that significantly jeopardizes the implementation of the Turkish plan is the unwillingness of the armed groups controlled by the Tripoli’s authorities to join the battle.

Moreover, Sarraj-led government itself demonstrates a reluctance to step up the offensive against the LNA. According to the sources, despite calls by the international community for a humanitarian truce, Turkey put the pressure on Sarraj to make him launch a large-scale offensive in early April in order to repulse Haftar-led troops from the western and southern suburbs of the capital Tripoli.

However, the Libyan prime minister, citing the threat of coronavirus spread and lack of medical care, did not give Ankara the green light to resume offensive operations.

Obviously, Sarraj’s refusal caused huge resentment within the Turkish authorities that has allowed the GNA ground forces a pivotal role in defeating the LNA.

As a result, the Turks had to abandon a planned large scale offensive and intensified its air raid campaign with a wide usage of assault drones in what it was named later Peace Storm operation.

According to the sources, Ankara’s frustration was also caused by the fact that the GNA’s leaders, especially prime minister Fayez Sarraj and his deputy Ahmed Maiteeq, the informal representative of the Misurata military council, do not live up to its expectations.

There is a growing understanding in Turkish political and military circles regarding the weakness of the GNA in the face of Haftar’s pressure that has weakened Sarraj’s capability to control his loyalists amongst the militia leaders.

The latest example to demonstrate the loss of influence on the militants was the Libyan prime minister’s refusal to provide the Turks a new runway for launching unmanned aerial vehicles (UAVs) inside the greater capital area.

Another sources close to Tripoli’s authorities claimed that the commander of the Turkish forces in Libya personally asked Fayez Sarraj to provide a new site that could be used as an alternative to Mitiga Airport because of its vulnerability to the LNA airstrikes and shelling. However, Sarraj ignored the Turkish commander’s request. Sarraj, as it became known later, could not reach an agreement with the leaders of the armed groups to allow the Turkish military access to areas potentially suitable for launching and landing drones. Probably, the militia leaders refused to offer controlled areas to be used by Turks for military purposes for fear of becoming a target for Haftar’s airstrikes.

In addition, the sources denounced that local armed groups regularly loot warehouses storing weapons and military equipment supplied by Turkey as part of support for the GNA. This fact accordingly leads to frequent shortages of ammunition and supplies during clashes. At the same time, the absence of any significant weapons reserves has a direct impact on the morale of those groups currently involved in the clashes alongside Turkish instructors and Syrian mercenaries.

It is clear that Sarraj’s passivity is costly for Ankara. While the unwillingness of the Libyan authorities to provide necessary infrastructure for operating the UAVs makes it easier to shoot them down, the refusal of local factions to fight the war is killing an increasing number of Turkish military and Syrian mercenaries. According to the Syrian Observatory for Human Rights, the number of Syrian fighters killed in Libya reached 182.

Apparently, a year after an active interference in the North African country, Turkey started to realize that its plans went really wrong. Ankara did not expect the GNA and its leaders to appear such useless allies so the Turkish military in Libya has up till now nothing but regret.