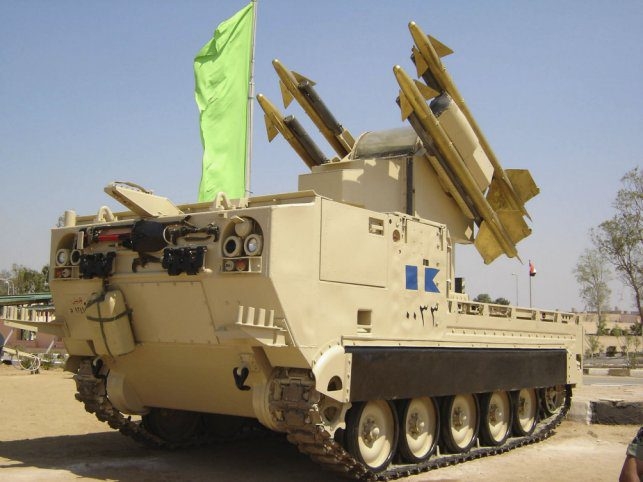 This will help the Egyptian military maintain its operational capabilities and defend Egypt’s homeland, says a US state official.

Egypt, which receives $1.3 billion in American military aid each year is an important ally of the United States, despite the Defense Department floated potential sanctions against Egypt over a deal to buy Russian Sukhoi-35 fighter jets in 2019.

The Chaparrals air defense system were designed during the Cold War to target Soviet aircraft. The Pentagon has stopped using the weapons decades ago, and finalized the deal to send the units to Egypt in December.

In August 2019, the US first announced that it will be upgrading Egypt’s Chaparral air defence systems under a $17 million contract with the ProjectXYZ.

As part of the contract, ProjectXYZ will provide the Chaparral equipment, tools, materials and test equipment along with personnel to perform system integration and checkout; technical support, training, program management, and documentation support.

Egypt may have acquired up to 50 Chaparrals in the 1980s and, according to the US Defense Security Cooperation Agency’s Excess Defense Articles database, received 550 surplus missiles between 2008 and 2014.

The MIM-72A/M48 Chaparral is a self-propelled surface-to-air missile system using AIM-9 Sidewinder-based MIM-72 missiles fitted to M113 tracked armoured vehicles. The missiles have a range of 55 to 9 000 metres and height of 25 to 4 000 metres. It entered service with the US Army and Marine Corps in 1969 before being phased out in the 1990s. The Chaparral was exported to half a dozen countries.

Recently, Egypt has been upgrading its air defences capabilities, and in mid-2017 began receiving S-300VM/Antey-2500 surface-to-air missile systems from Russia. The S-300VM is the export version of the S-300 system.