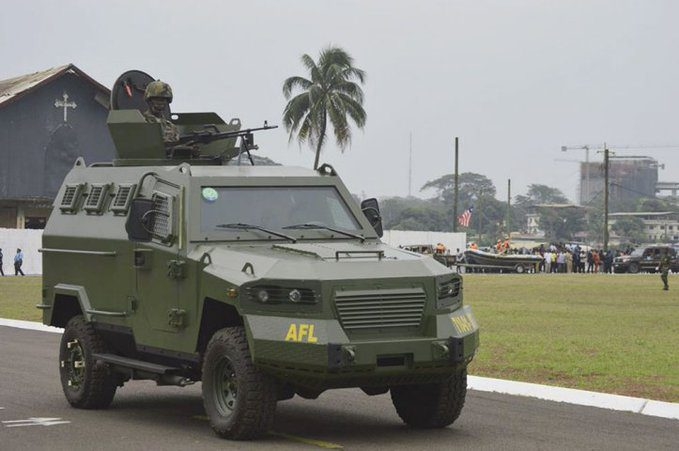 The Armed Forces of Liberia (AFL) is now operating the Streit Cougar protected-mobility vehicles, according to recent photographs taken on 11 February, during the country’s Armed Forces Day celebration.

Although only three Streit Cougar were seen during the parade, the exact number of vehicles acquired is unknown. Given that, the AFL was not previously known to have any operational armored vehicles since the end of the second civil war in 2003.

AFL Streit Cougars were all fitted with protected weapon stations,

The Cougar 4×4 is an agile vehicle with an outstanding on and off-road capacity. It was designed for high mobility operations, both urban and rural, Cougar can carry a crew of 8, a driver and commander with 6 deployable dismounts. The vehicle is built on a Toyota series 79 chassis.