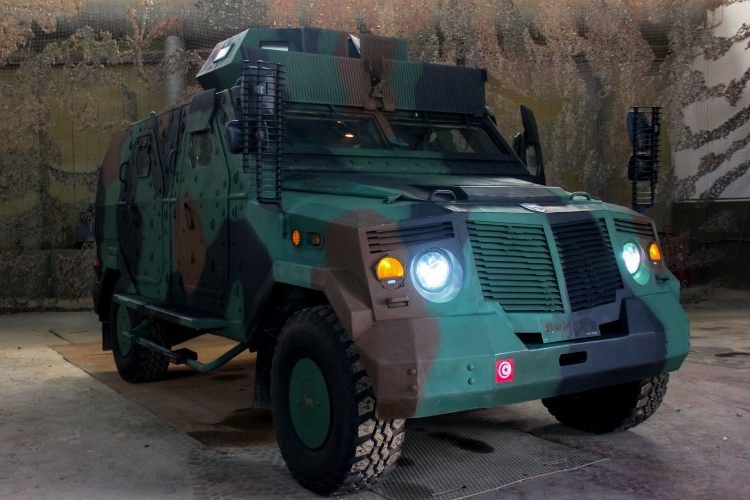 The Tunisian military has successfully carried out state trials on the ballistic and explosive properties of the homemade Barb mine-resistance and ambush-protected vehicle (MRAP) in view of starting mass production of the vehicle.

This activity is part of a sustained effort to ramp up local production of essential military hardware amid strengthening its military’s capabilities.

Named after the native horse breeds found in Tunisia, the Barb MRAP was unveiled by the Tunisian President Kai’s Saied at the Carthage Palace on June 26, 2020, during its 64th Army anniversary celebration.

According to the Tunisian Ministry of Defense, the manufacture of the Barb MRAP did not exceed 20% of its actual price if it was acquired from foreign markets.

“The manufacturing experience also allowed it to achieve a national integration rate exceeding 60% and achieving a qualitative leap from the stage of renewal to the stage of manufacturing, design training, and the completion of a new technical information system for this type of vehicle.”

In building the Barb MRAP, the Tunisian MoD established military vehicles manufacturing system which is outlined as follows; carrying out preliminary technical studies and completing the necessary designs and computer simulations, choosing the components of the vehicle after determining the operational and technical characteristics, making a prototype to test it to confirm the studies and modify them according to the results of the experiments, making a second model after making the necessary modifications and then subjecting it again to the field and ballistic experiments using simulations, determining the necessary cost of the project and requesting the monitoring of appropriations, establishing a production line in the workshops, after preparing and equipping them, to fulfill the MRAP needs of the Army from mine-resistant personnel carriers.