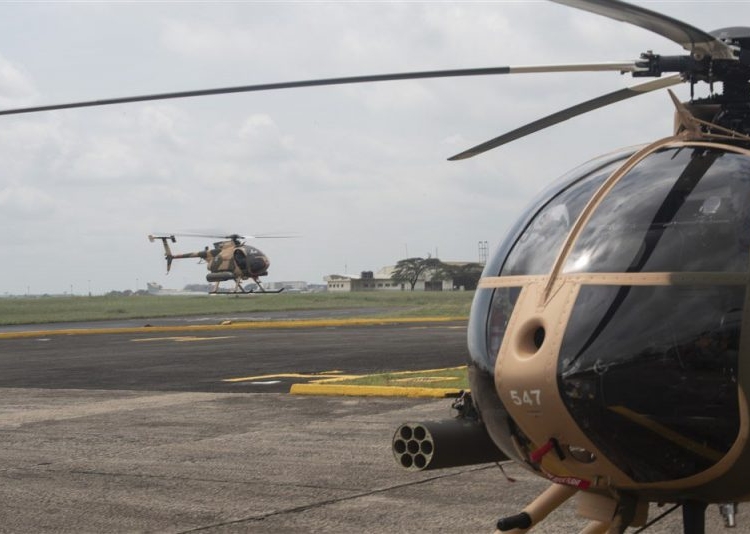 The induction ceremony was presided by Kenya Chief of the Defence Forces General Samson Mwathethe on 23 January at the Joint Helicopter Command (JHC) in Embakasi, Nairobi.

In 2018, Nairobi placed an order for six of the next generation MD 530F Cayuse Warrior light attack helicopter from MD Helicopters, Inc. (MDHI). The contract which was awarded through the U.S. Army Contracting Command (ACC) was issued against its 5-year, $1.4 billion light scout attack helicopter IDIQ contract and includes initial logistics support (ILS) for the aircraft, aircraft systems, and ground support equipment.

Speaking during the induction, General Samson Mwathethe said, “Among other capabilities, the integration of the MD 530F into our inventory will go a long way in enhancing our capacity to operate in the contemporary security environment, and we appreciate that this achievement is underpinned by cooperation with our allies.”

In addition to an advanced, all-glass cockpit and ballistically tolerant crashworthy fuel system, Kenya’s MD 530F Cayuse Warrior fleet will be outfitted with the full complement of mission equipment standard to the Cayuse Warrior:

The new MD530F helicopters will support Kenyan forces in the defense of the country against any aggression, especially as Kenya is currently involved in operations against terrorist organizations, notably the Al Shabaab in Somalia, as part of the Africa Union Mission in Somalia (AMISOM) and along the Kenya-Somalia border.