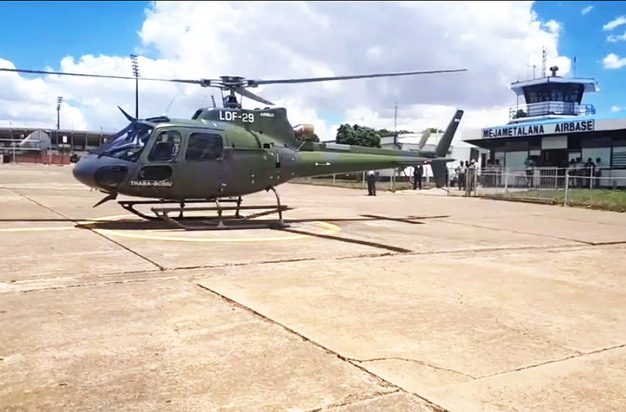 The new helicopter with serial number LDF-29, is named Thaba Bosiu after a mountain in Lesotho.

Thaba Bosiu was procure to replace H125 (LDF-19) Thaba Putsoa, which was commissioned in May 2018 but crashed on 20 December, killing one person on board and injuring three others.

Over the years, Lesotho has suffered a a string of helicopter crashes.

During our commissioning which was held on 22 November by LDF at the Mejametalana Air Base in Maseru, the Lesotho Deputy Minister in the Prime Minister’s Office Ts’ehlo Ramarou said the new helicopter will assist the government in search and rescue operations as well as to secure the borders.

The acquisition comes as a replacement to the one that was involved in a catastrophic crash at Thaba-Putsoa in April 2017, claiming lives.