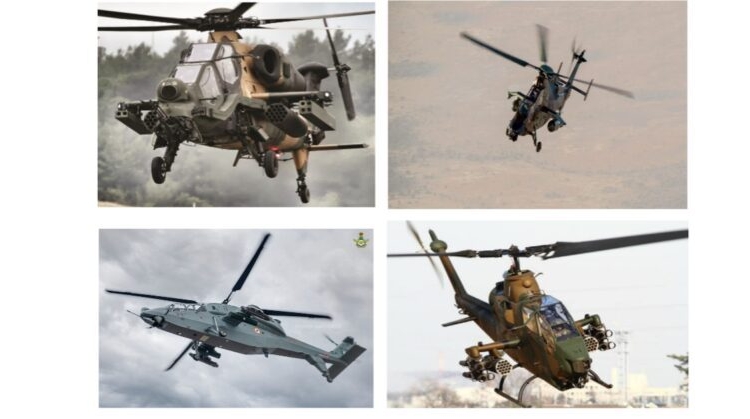 There are requirements for new helicopters in the Air force and Army in Nigeria. The Nigerian military excluding the Navy has begun a quest to obtain attack helicopters to complement the Russian Mil Mi24/35 Hind and Agusta A109 Powers light attack helicopters currently in service.

The first dedicated twin-engine attack helicopters for both services, to be procured via an open tender, it is believed that a squadron strength of about 12 helicopters is initially sought.

The Nigerian Air Force is looking for attack helicopters to boost its firepower, while the Army intends to protect its convoys in the restive northeastern theater.

The attack helicopters will be required to fire upon both ground and air targets (especially small drones and gun trucks ) and the anticipated missions include armed escort, reconnaissance, search and destroy, and tank plinking.

Earlier last year, the Nigerian Army signaled its intentions to acquire combat helicopters to support and provide rapidly deployable firepower to its field-deployed troops in the northeastern area.

The Minister of Defence, Major General Bashir Salihi Magashi (rtd) disclosed in February that a full-fledged Army Aviation is a critical component in the counter-terrorism and counter-insurgency campaigns in the country.

The Nigerian Army blamed the lack of airpower as the reason for the prolonged battle with the Boko Haram insurgents. The service also opined that it needs its own ‘air force’ to quickly wrap up the long-drawn military campaign.

Thus, India’s Hindustan Aeronautics Limited (HAL) signed a contract with the Nigerian Army to train six officers for basic helicopter flying training phase-I at the Rotary Wing Academy (RWA), Bengaluru. It is not certain if the agreement includes the supply of armed helicopters.

HAL’s attack helicopter product includes a light combat helicopter (LCH) derived from the existing Dhruv helicopter and developed to meet the requirements of the Indian Air Force and the Indian Army, who have ordered 62 and 114 units respectively.

The LCH can be deployed in various roles, including tracking slow-moving aerial targets, insurgency, destroying enemy defenses, search and rescue, anti-tank, and scouting. The LCH’s unit price is stated to be Rs 125 crore ($17 million).

According to Africa Intelligence, Turkish TAI is offering the T-129 ATAK helicopter. The unit price of the T-129 helicopter is $45 million.

The T-129 is powered by two LHTEC T800-4A turboshaft engines, each of which can produce 1,014 kilowatts of output power.

The 5-ton T-129 is a twin-engine multirole attack helicopter originally produced under license from the Italian-British company AgustaWestland and based on the A129 Mangusta. AgustaWestland is now Leonardo Helicopters.

One of the world’s largest suppliers of advanced military helicopters Airbus is also competing for the contract, however, it is not yet certain which of its products is being offered.

However, U.S. Democrats and Republicans on the Senate Foreign Relations Committee are delaying the 12 AH-1 Cobra helicopters and other defense systems from being sold to Nigeria citing accusations of human rights violations committed by President Muhammad Buhari administration.