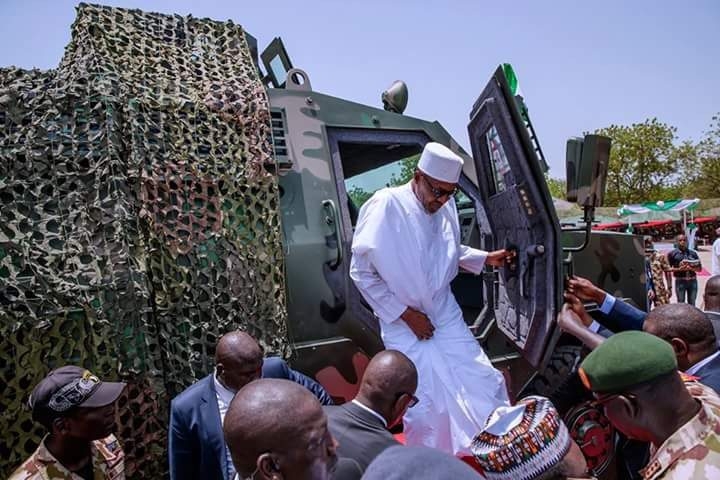 The deal was signed after South Africa’s Denel failed to supply 40 Military Vehicles to Chad in an order signed in 2017. The Chadian Government paid R100 Million as a down payment for these vehicles. The total cost was between R230 Million and R250 Million.

Chairman of Denel’s audit committee and board, Talib Sadik, during an inquiry revealed that Denel’s former CEO and CFO had signed and finalised the agreement without any authority and stripped the company of all its responsibilities.

And that, “The contract was an onerous one, meaning it was loss-making and also unrealistic timelines [were] associated with the delivery of the 40 Casspirs.”

Chad subsequently cancelled the contract with Denel, and even threatened to report Denel and South Africa to the International Court of Justice if its deposit was not returned.

Two years after the debacle, the Chadian Government opted for 20 Proforce Ara II MRAPs, with the option for a 100 more.

Ade Ogundeyin, CEO of Proforce Defence Ltd disclosed during a recent media briefing that his company is in the process of delivering 100 Ara II MRAPs to the Chadian Government.

This contract is considered a significant milestone by the Nigerian company because, MRAP development and export is known to be well in the purview of South Africa’s defense industry.

The iconic Casspir has earned a reputation for protection, reliability and durability. It resembles an armored truck with the armor extending to specially-shaped under-hull plates intended to reduce the effects of land mines.

On the other hand, the Ara II MRAP can survive a blast of 12 kg under the hull. it has the capacity to carry up to 12 personnel plus equipment and can be configured into multiple variants including recovery, command and control, ambulance, field kitchen and reconnaissance. The vehicle can be armed with a 12.7 mm machinegun can be mounted on a 360-degree roof turret which can be open or fully enclosed.

For some time now, Denel has been in a financial quagmire, recently, Fitch downgraded the company’s national long-term credit rating from B(zaf) to CC(zaf), indicating very high levels of credit risk and that a default of some kind appears probable.

The company’s national short-term rating was also lowered from B(zaf) to C(zaf), indicating a “near default” status, where “a default or default-like process has begun, or the issuer is in standstill.” says Jane’s.

The company also recently lost a very lucrative deal which should have seen it supply 97 Umkhonto surface-to-air missiles to Egypt intended to arm it’s four new MEKO A200 frigates it is buying from Germany’s ThyssenKrupp Marine Systems (TKMS).

Egypt has subsequently cancelled the deal and opted for the French-made MBDA VL-MICA system instead.