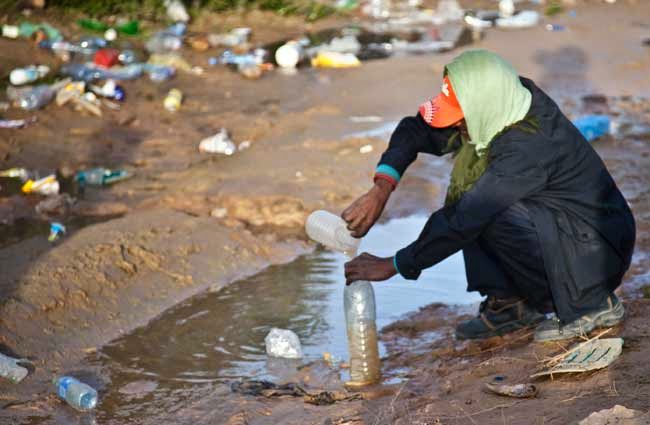 The UN-recognized Government of National Accord (GNA) accused the forces loyal to the LNA of seeking to “lock the water from the capital to lower the morale of its inhabitants” as well as to press authorities to release a prisoner.

“Cutting off the water supply from the capital Tripoli and its environs by groups following Khalifa Haftar is another act of human rights violations and war crimes,”

Government of National Accord

Although, the water supply to Tripoli, Libya’s capital city and home to 2.5 million people was restored two days after they were cut off by gunmen, at the very least, 2 million residents would have been severely impacted if the water had remained shut off.

For that reason, the United Nations spokesman Stephane Dujarric said humanitarian officials were deeply concerned after the attack on Sunday, strongly condemned it saying it could amount to a war crime. The United Nations has warned all sides that water should not become a weapon of war, but the water system is already badly damaged.

For Libya, water is becoming a far bigger concern for its people. The embattled North African country is currently the fifth on the list of most water-scarce countries on Earth.

Since the eight years of near-anarchy since Muammar Gaddafi was ousted, water interruptions have been a common occurrence. Typically, the LNA, in particular, has been accused of using the water pipeline supply system to push through its demands, thereby endangering Libya’s population.

In the 1980s, during the regime of Muammar Gaddafi, a vast pipeline system known as the “Great Man-Made River” was constructed since Libya is mainly made up of arid desert. These pipelines supply more than 70 per cent of Libya’s population with fresh water. However, since the fall of Gaddafi, the water supply system has been targetted and damaged multiple times.

Oftentimes, Libyan citizens also dismantle wellheads to sell the copper further compromising the fragile water supply system. The western parts of the country, in particular, are running out of drinkable water as a result of the damage caused to both the power grid and water control system in LNA’s Sunday offensive.

Looting and neglect have made the situation fragile and armed groups have exploited the unrest, about 101 of 149 conduits of the water supply system have already been destroyed.

As far back as 2011, the UN Secretary-General, Ban Ki-moon, made a plea to world leaders to “come together as one” to help Libya deal with humanitarian concerns. He said there were widespread shortages of fuel, food and medical supplies, and that problems with the water supply in Tripoli were putting the lives of millions of people at risk.

Furthermore, even though NATO also target water supplies during its 2011 intervention, armed groups targeting of civilian infrastructure, especially of water supplies, is a war crime under the Geneva Conventions, writes Nafeez Ahmed.

According to a UNICEF report presented by Mostafa Omar, a spokesman for the organisation in Libya estimates that, in future, some four million people might be deprived of access to safe drinking water if no solution to the conflict is found. This could result in outbreaks of hepatitis A, cholera and other diarrhoeal illnesses

Even worse is that water is not only scarce, but it’s also contaminated in many areas. Badr al-Din al-Najjar, the head of Libya’s National Center for Disease Control said that bacteria or a high content of salt make it unfit for consumption. ‘Often, in fact, it’s no longer drinkable water.’ Also, local bottled water in a country has become contaminated as a result.

The UN estimates that the battle for Tripoli that began last month has killed at least 510 people, wounded nearly 2,500, forced 75,000 out of their homes, and also forcing schools to close as well as causing power-cuts.