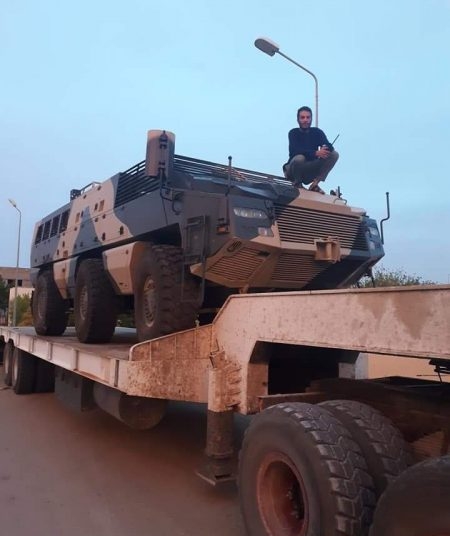 Haftar’s forces: the LNA, launched an offensive to control Tripoli in early April. As the fighting drags on, the United Nations estimated that more than 75,000 people have fled their homes and 126 civilians have been killed.

At the moment, Turkey and Qatar are at loggerheads with the UAE, Egypt and Saudi Arabia over several regional issues including support for the Muslim Brotherhood.

The Mbombe 6×6 features a mine-resistant flat floor technology, the armoured hull provides excellent stopping power against ballistic attack (STANAG 4569 level 3 as standard) and anti-tank land mine explosions (STANAG level 4a and 4b).