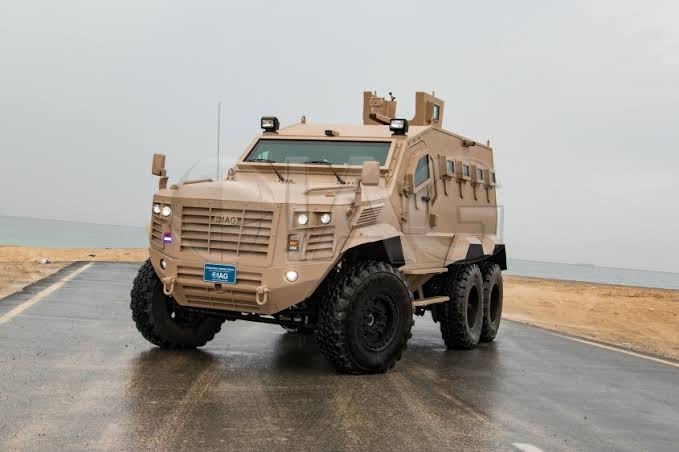 This move, allows the International Armoured Groups to deepen its relationship with African countries, as well as enhancing Niger’s counterterrorism capacity.

For several years. Germany has been providing military aids to Niger to combat cross-border militancy and trafficking through the Agadez region of the Sahel.

German defence minister Ursula von der Leyen on 11 November during a trip to Niger said “Niger is a strategic partner in the fight against terrorism, organized crime and illegal migration,” with almost 1000 German troops in the Sahel region, including 40 in Niger.

The IAG Guardian is a United Arab Emirates-made armored vehicle. It was developed by the International Armored Group company. Guardian available in 4×4 and 6×6 configurations

The IAG Guardian Xtreme Mine Resistant Ambush Protected (MRAP) vehicle is designed complete with a V-Hull shaped floor to improve survivability against mines.

The vehicle can be armored up to STANAG Level III protection using add-on light weight armor. It can sit up to 10-12 fully geared infantry personnel including driver and commander and is equipped with military grade certified blast attenuation seats. Optional accessories can be integrated which include automatic remote control weapon station, thermal imaging surveillance camera systems, grenade launchers, black out lights

In 2017, Berlin donated 100 flat-bed military trucks, 115 motorcycles and 55 satellite phones to Niger for use by its special army and police counter-terrorism units to combat cross-border militancy and trafficking through the Agadez region of the Sahel.

Also in November 2018, Germany also gifted 53 logistics vehicles to Niger’s military. Germany is building an officer training school in Niger and expanding the military section of the capital’s airport.