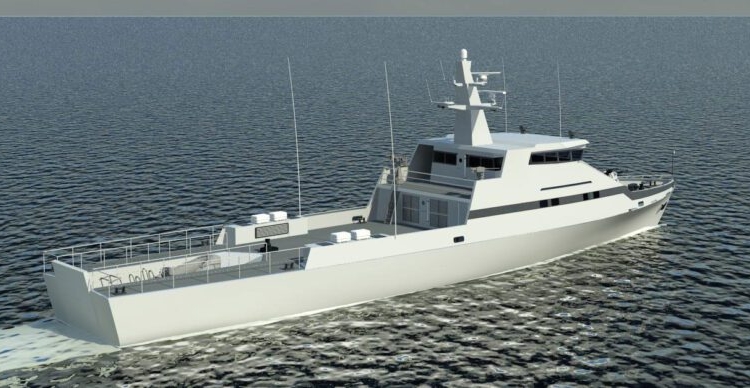 Yamoussoukro is actually the real owner of the two Israeli-built OPV 45 offshore patrol vessels reported to be en route to an African customer by Israeli Shipyards.

According to an exclusive source, the two vessels are said to have been purchased by Alassane Ouattara, the Ivorian President through a clandestine deal with Israel at an undisclosed price.

A few days ago, Israeli Shipyards announced that it has delivered two 45 meters OPV 45 patrol vessels to an unnamed customer in Africa, the business is said to include ongoing support and training as well as the creation of a maintenance programme within the framework of the company’s Integration Logistic Support (ILS) services.

The African customer requested an Israeli-made day/night observation system as well as a stabilized weapon system.

The Ivorian Navy’s operational capabilities have been largely degraded after the first and second civil wars, leaving it with few vessels for coastal surveillance and security. In 2018, it was reported that the Ivorian Navy was purchasing 30 RHIBs and ten patrol crafts from Raidco Marine to boost its operations.