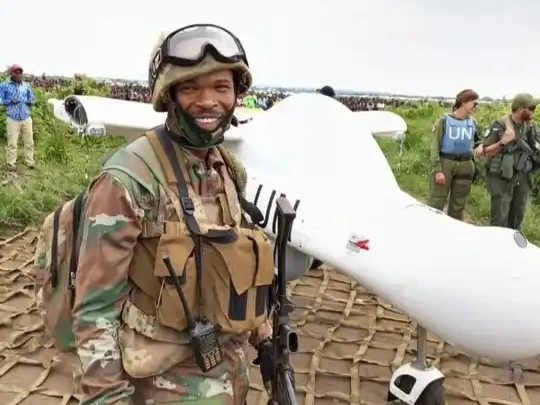 The Falco Evo drone (UN897) crashed in Virunga National Park, eastern DRC on 4 November, and was located by the community locals.

Lieutenant General Marcos de Sá Affonso da Costa, Monusco Force Commander, said on his official Twitter account that he was grateful to the military unit that facilitated the recovery of the aircraft.

“The drone was on a reconnaissance air mission when it developed a mechanical problem,” he stated.