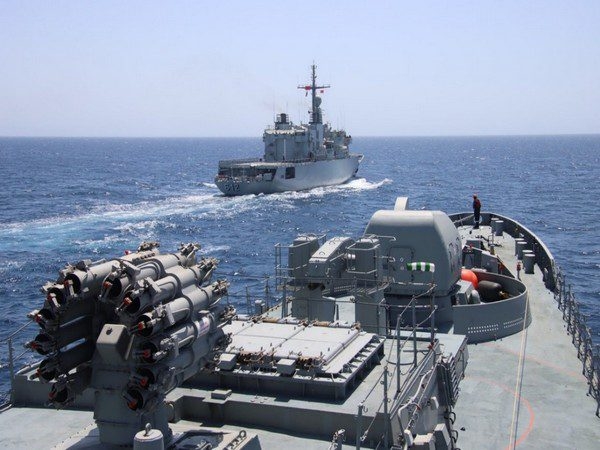 India has held its first-ever trilateral Navy exercise with Africa as part of initiatives to expand defence partnership with the continent. The Trilateral exercise comprising the Navies of India, Tanzania and Mozambique was held late last month.

INS Tarkash first arrived at Lagos port in Nigeria on Thursday, 8 September, as part of her voyage across 3 Oceans, over 24000nm and 133 Days with the mission to strengthen bridges of friendship and celebrate “Azadi Ka Amrit Mahotsav”.

During her port call in Nigeria, the ship conducted professional interactions with the Nigerian Navy to enhance Interoperability and share best practices between the navies. In addition, the ship also participated in sports fixtures, and social engagements and will remain open to visitors to provide an opportunity for the Indian diaspora and locals to interact with her crew.

INS Tarkash also participated in a bilateral Maritime Partnership Exercise with Tanzania. The exercise was held in two phases. The harbour phase was from October 26-28 and the Sea Phase was conducted on 28 October. The exercise saw sharing of best practices and enhanced the inter-operability been the two movies, officials informed.

India and Tanzania signed a Memorandum of Understanding (MoU) on Defence cooperation in 2003. The MoU provides a framework for progressing various defence cooperation initiatives between the two countries. In recent years, India and Tanzania have been cooperating in the field of defence and training in Indian institutions. About 400 Tanzanian defence personnel have been trained in India.

In January, the Mozambican Navy received two additional fast interceptor boats from India to help sustain its capacity building. The two boats which are the Solas Marine fast interceptor craft were handed over during a port visit by the tank landing ship INS Kesari. The class are armed with machine guns and feature bullet-resistant cabins.